An example of a used, original Yellow Orange Vinyl Upholstered Herman Miller Eames, on a used, chrome DAX base. As a modern and contemporary color, this citrus orange-yellow vinyl gives a very warm and welcoming radiance and will look fantastic in a minimalist interior.

The arm shell was the first of the molded fiberglass chairs Charles and Ray perfected and, with the help of Herman Miller, it saw amazing commercial success. The shells were produced with a wide variety of bases, ensuring the versatility of the chair was achievable. The head of Herman Miller’s design department, Alexander Girard, was approached to design upholstered finishes for both the side and arm shells; he produced a vast range of choices with different colours and fabric/vinyl finishes to choose from.

This orange-yellow Vinyl armchair is in good used condition, the colour is still very much excellent and vibrant, although the vinyl may require some cleaning. The base still very much in good stable condition.

The 'S' summit Herman Miller Stamp suggests that it was manufactured around 1959-1989. 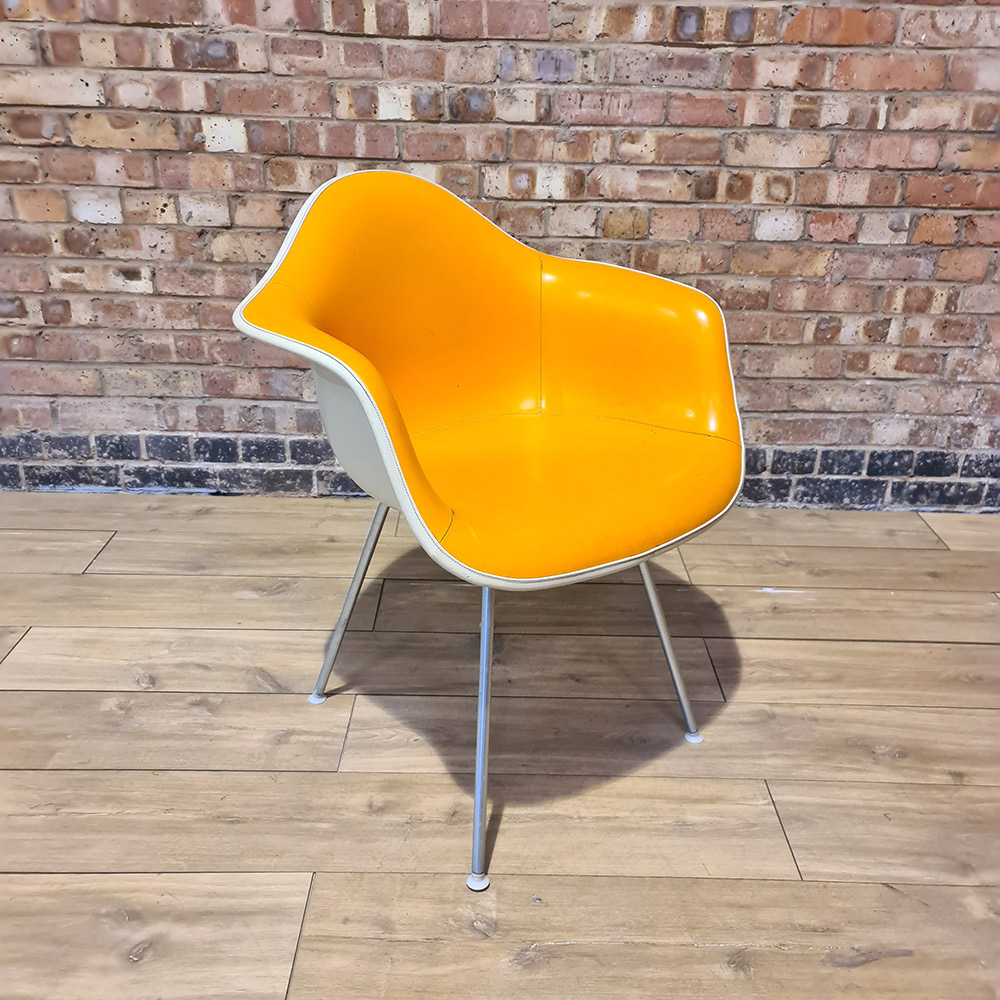 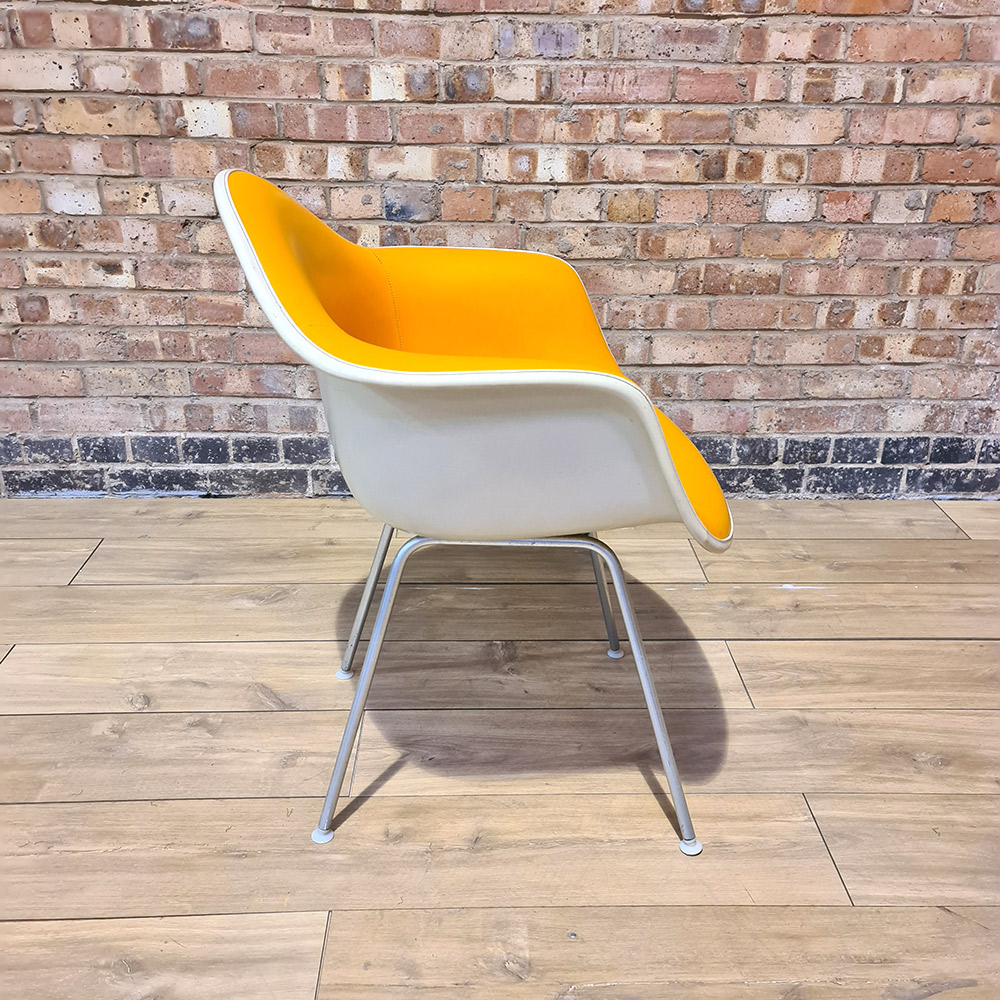 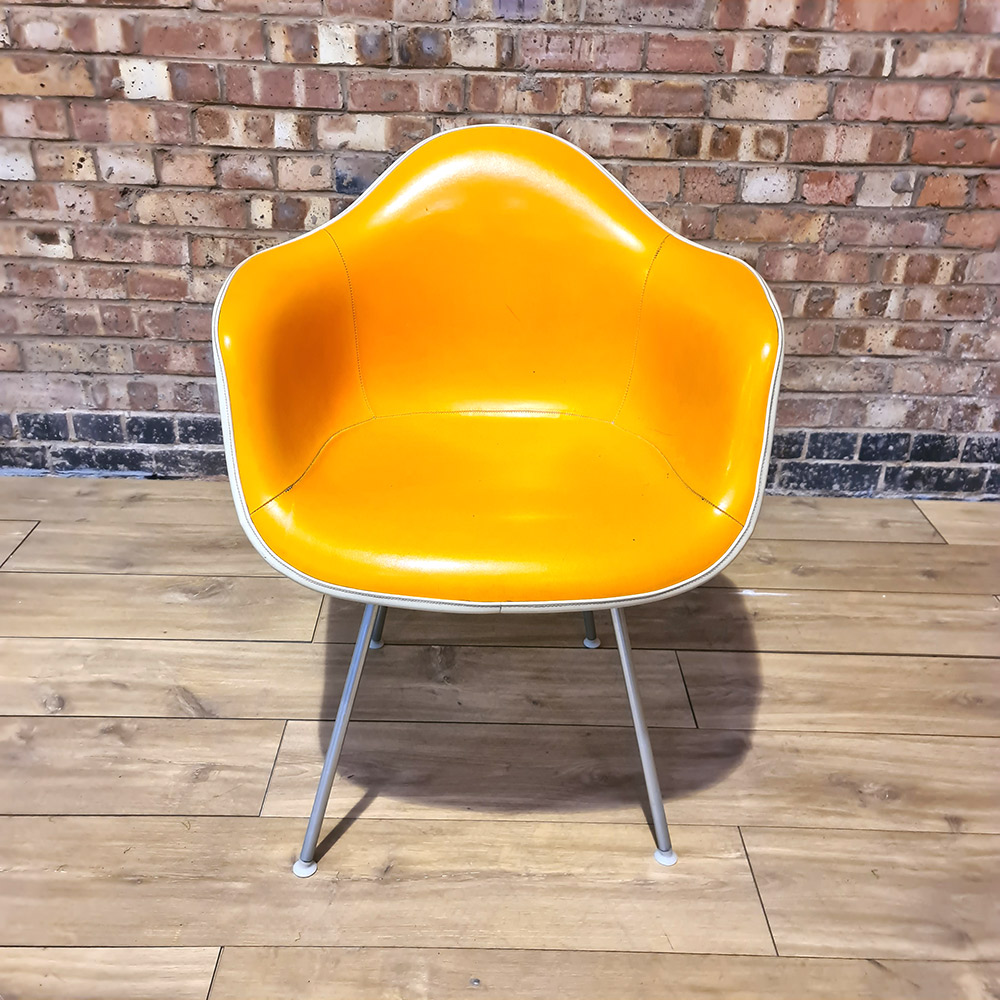 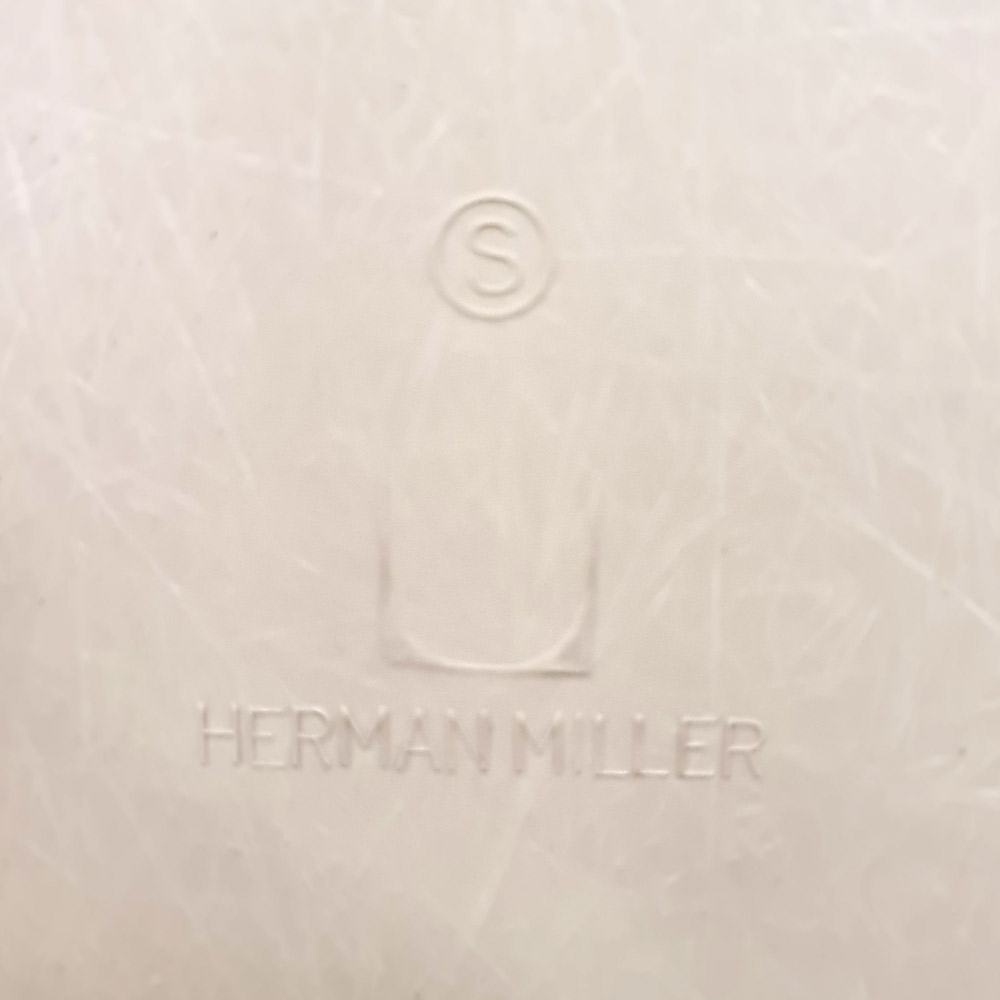 A pair of Herman Miller Eames black side shell chairs are emboldened by the original Alex Girard des...

A vintage Herman Miller by Eames black side shell chair is emboldened by its original Alex Girard de...