This original, used and a rather rare Ultramarine Eames side shell chair for Herman Miller looks amazing on its used walnut DSW base. This gorgeous shade of blue has very nice fibrous details, complimenting the wonderful walnut DSW dowel base.

This used, ultramarine shell is in good condition, with no visible crack or marks. As a vintage shell, the colour is still very much exceptional; though is slightly more faded in some areas, further pics are available and are recommended. The shell comes with a newer, used walnut base that will provide good stability.

The 'S' Summit Herman Miller logo indicates that the chair was manufactured between 1959-1989. 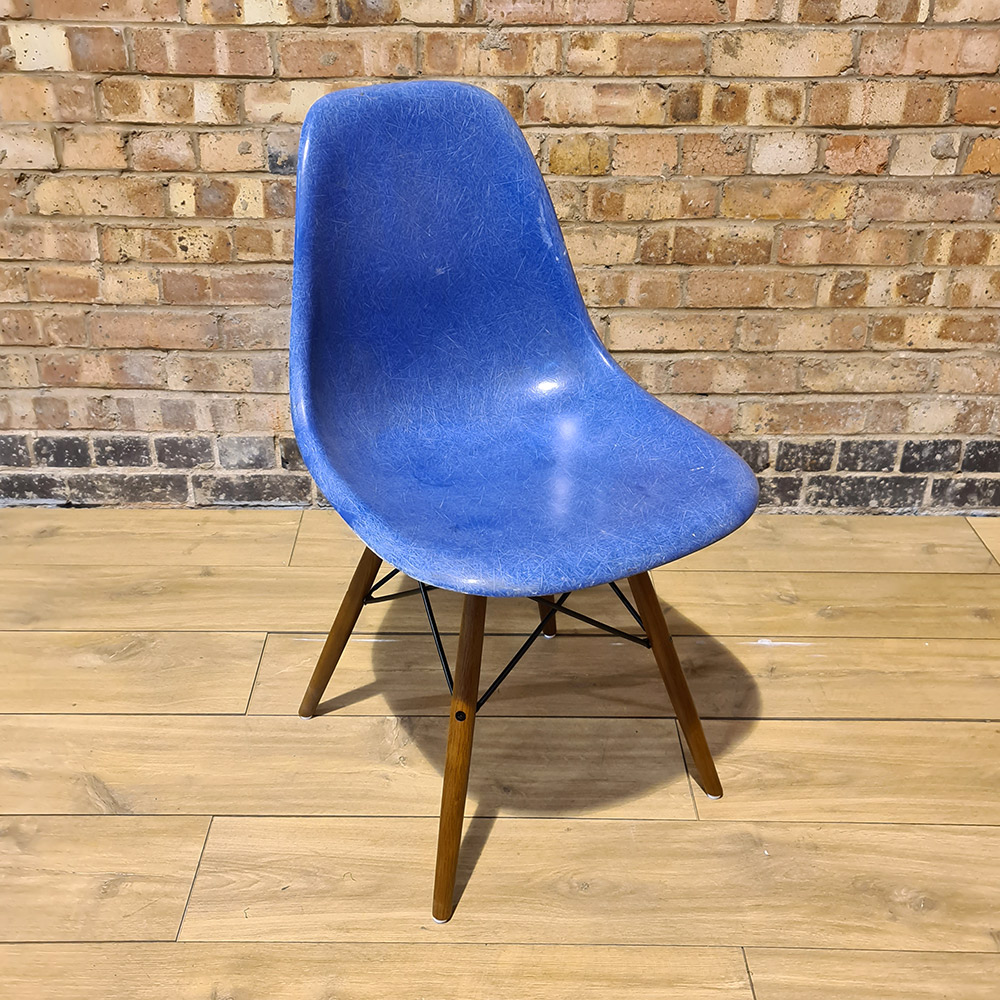 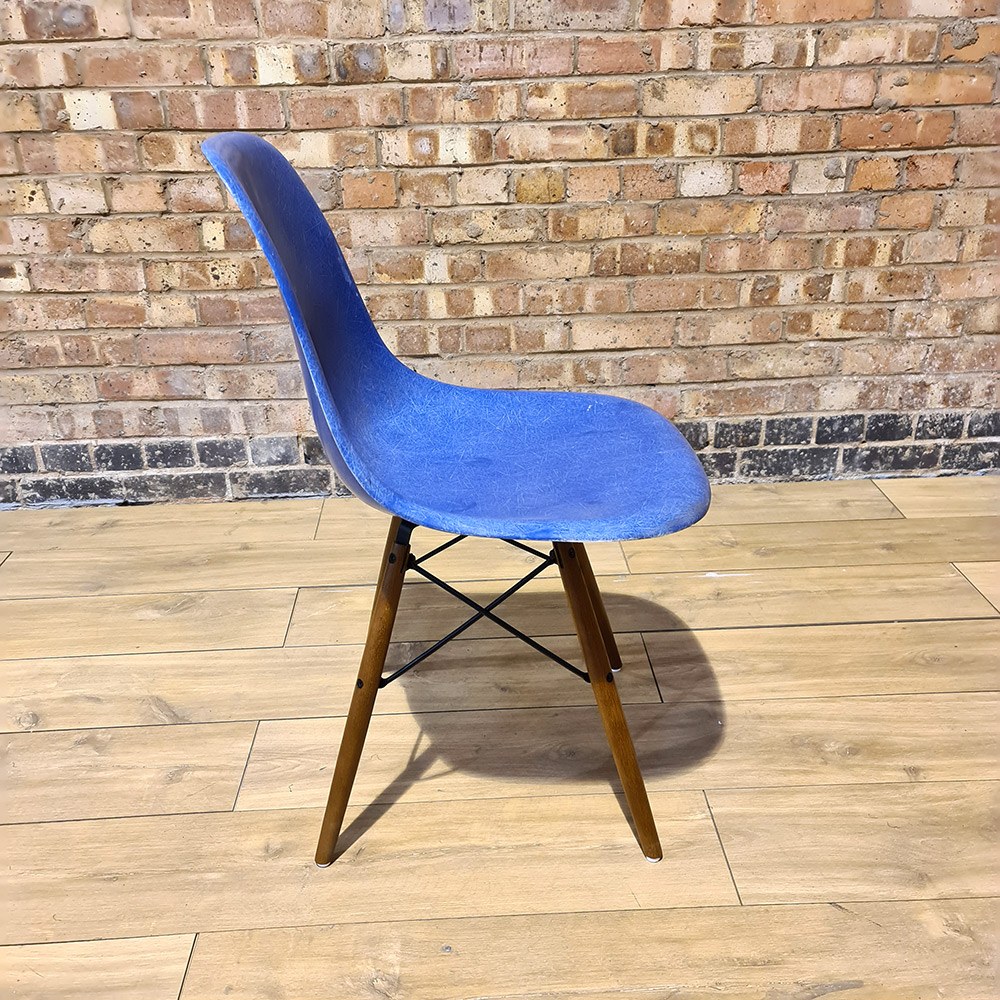 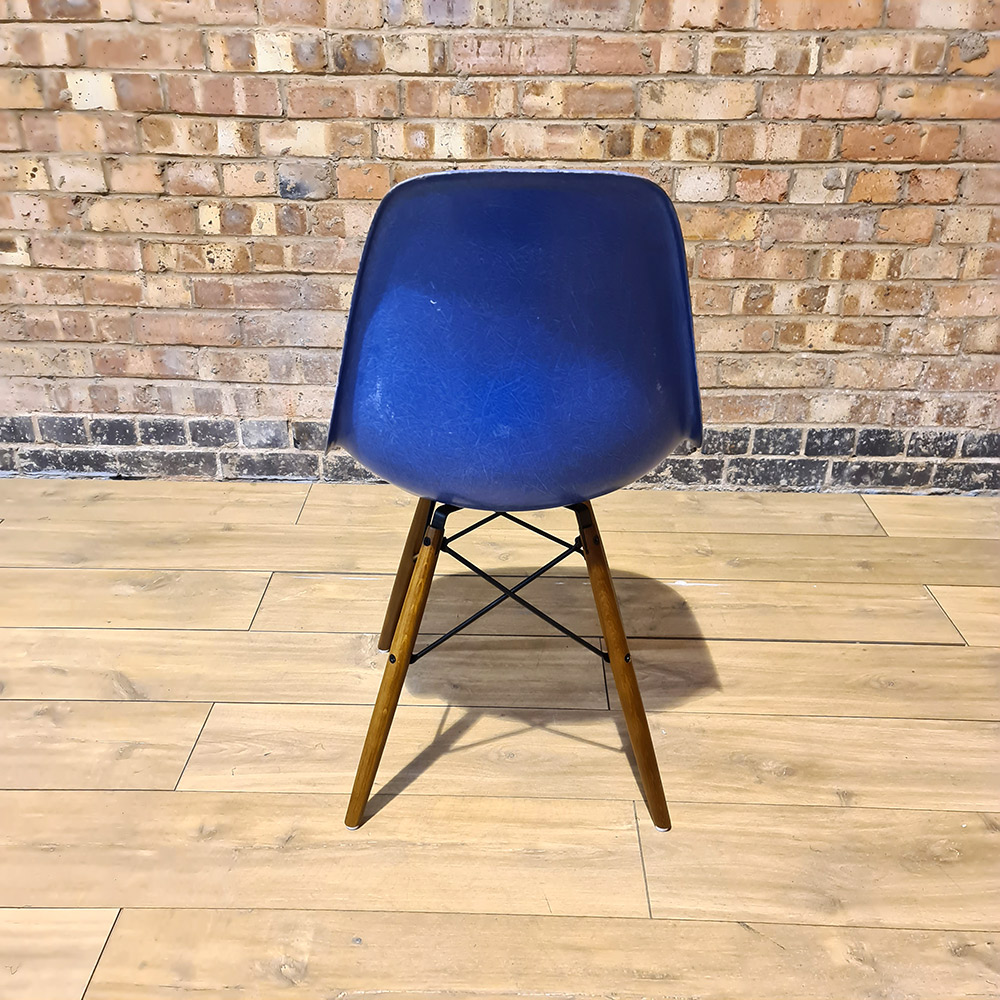 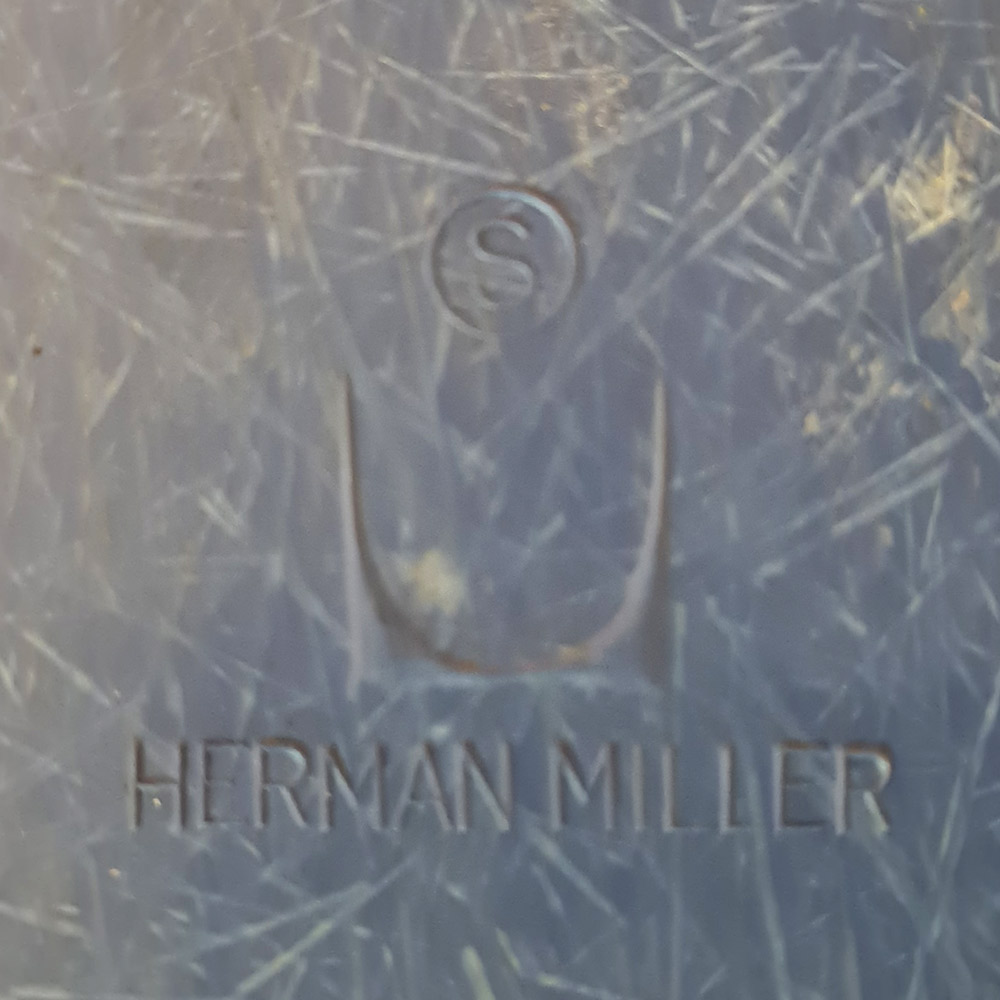 An all original parchment Eames RAR rocking arm chair from the Venice factory by Herman Miller is a...

This is a set of used upholstered Orange Marmalade Herman Miller Eames chairs on an equally matching...

This is a pair of used upholstered Orange Marmalade Herman Miller Eames chairs on an equally matchin...

This is a used upholstered Orange Marmalade Herman Miller Eames shell chair, complete with a newer b...