Quite possibly one of the most sought-after iterations of this iconic design; an original, vintage seafoam green Eames RAR Rocking armchair by Herman Miller. Coupled with the newer, used, walnut RAR base, this chair is a fantastic example of this revered design. The shells deep colour compliments the wood perfectly!

Herman Miller moved production of the Eames shells to its Venice factory when they bought out Zenith Plastics to combine the financial and production means of creating the iconic shells. The factory soon became the Eames’s own workshop, producing many various artistic pieces including the Powers of Ten film. Ultimately, this rocking arm shell chair is an eccentric, timeless piece that is highly sought after.

This depth of colour in this seafoam arm shell is amazing; it has managed to retain a very strong pigmentation throughout its life. There is a very small dimple in the seat surface, but this has not affected the durability of the fiberglass shell. Further pictures are available upon request.

The rocking base itself is darker than in the photographs as it is finished in real American Walnut which works perfectly with the deep green of the shell. 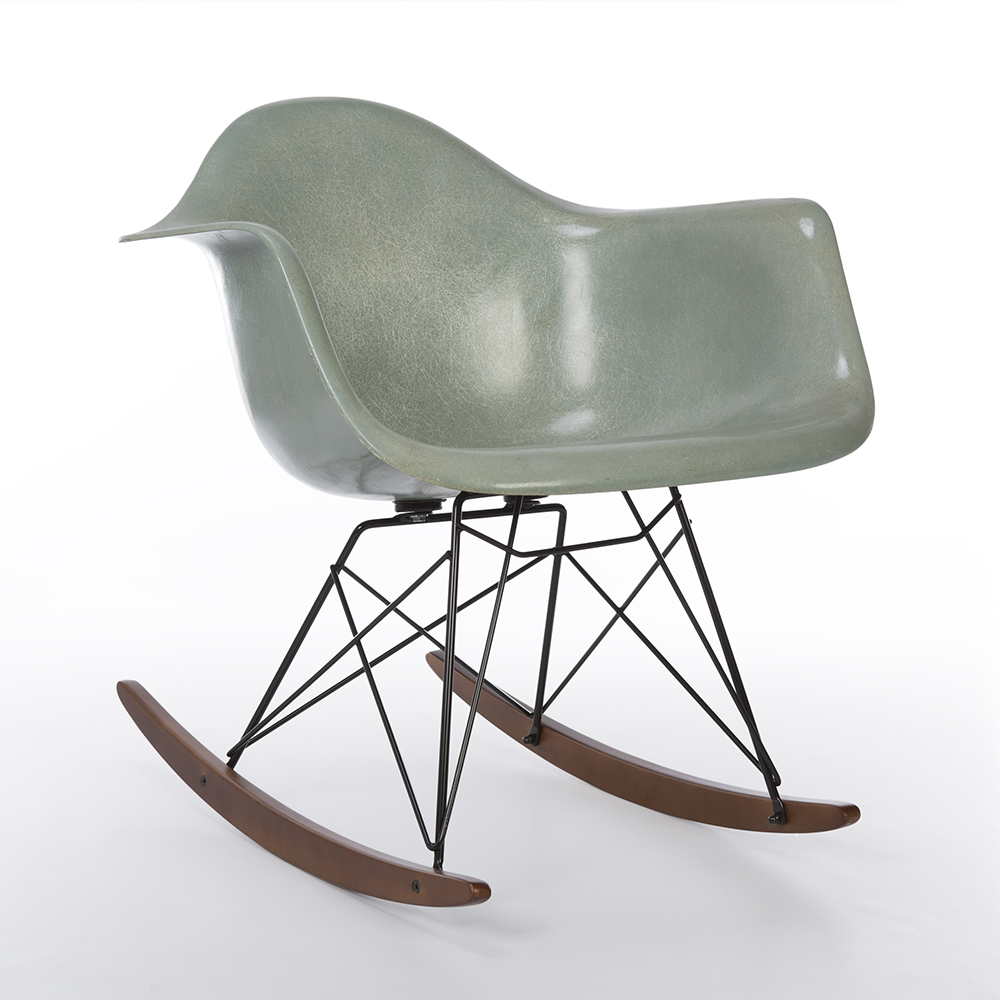 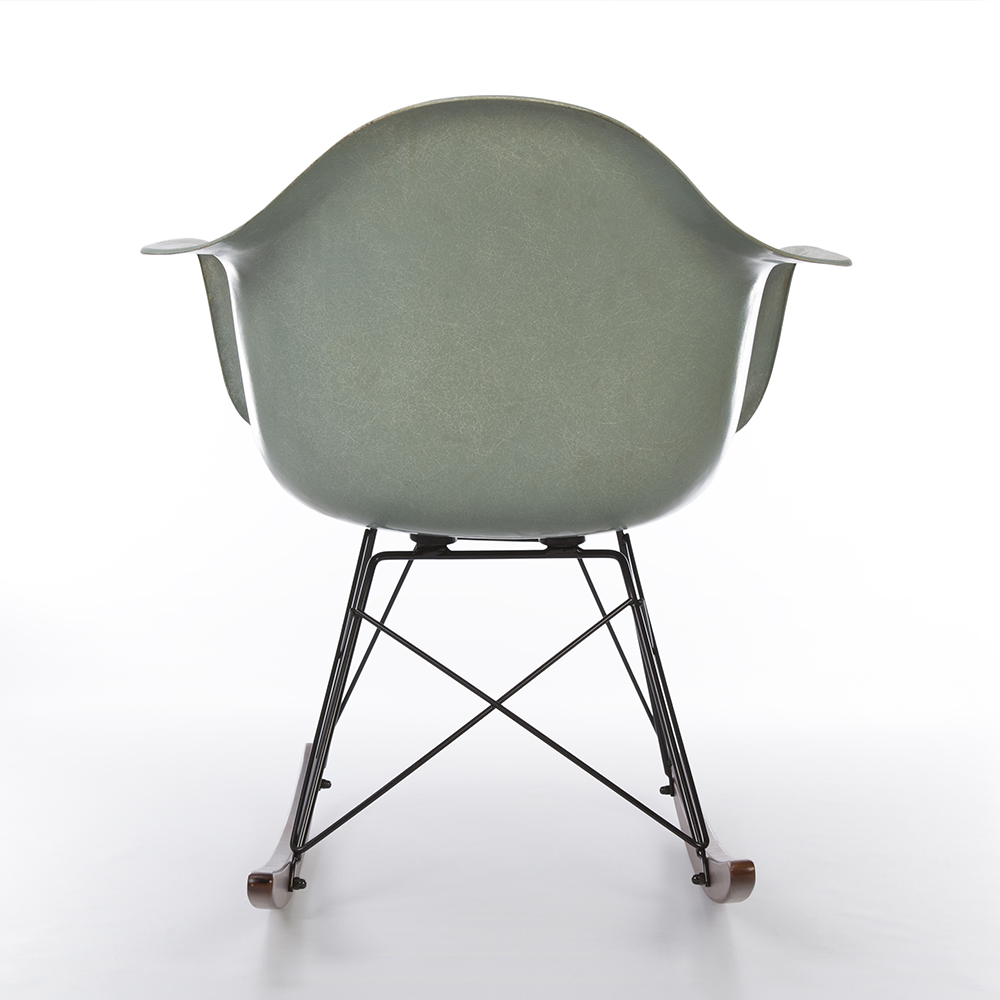 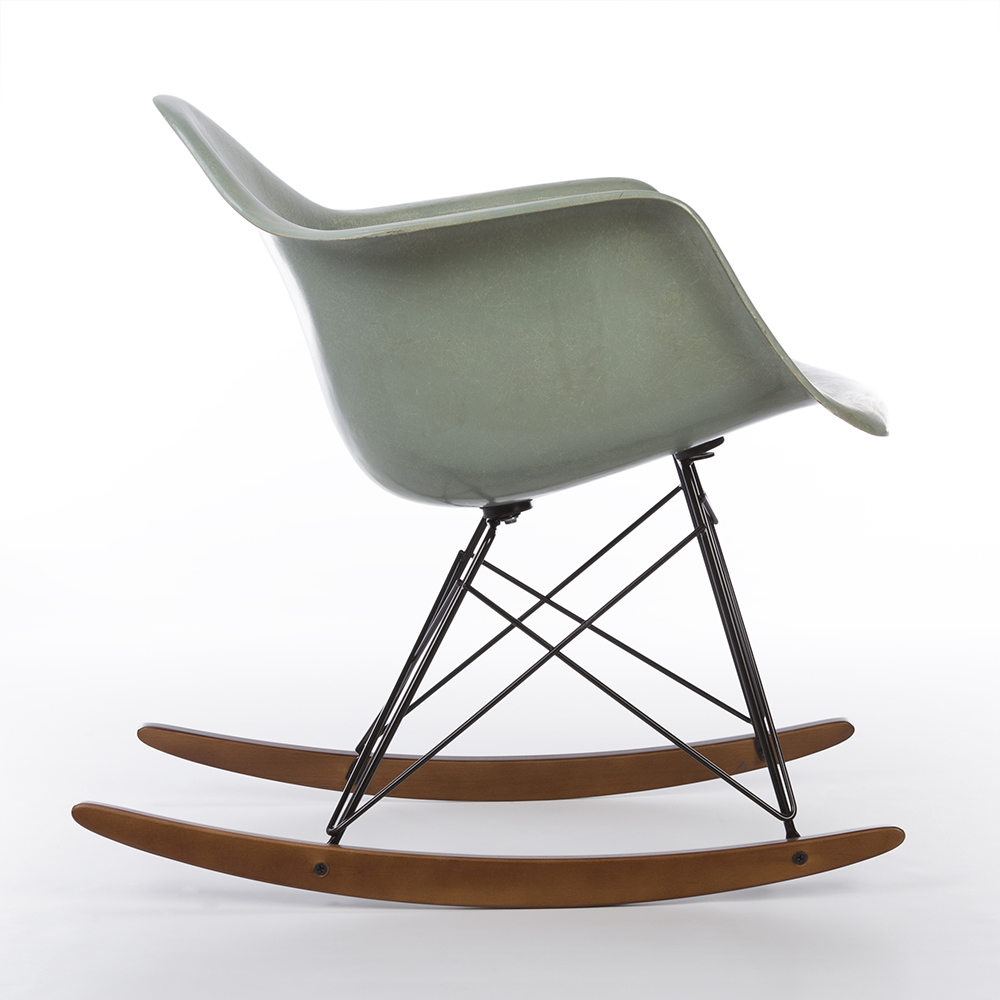 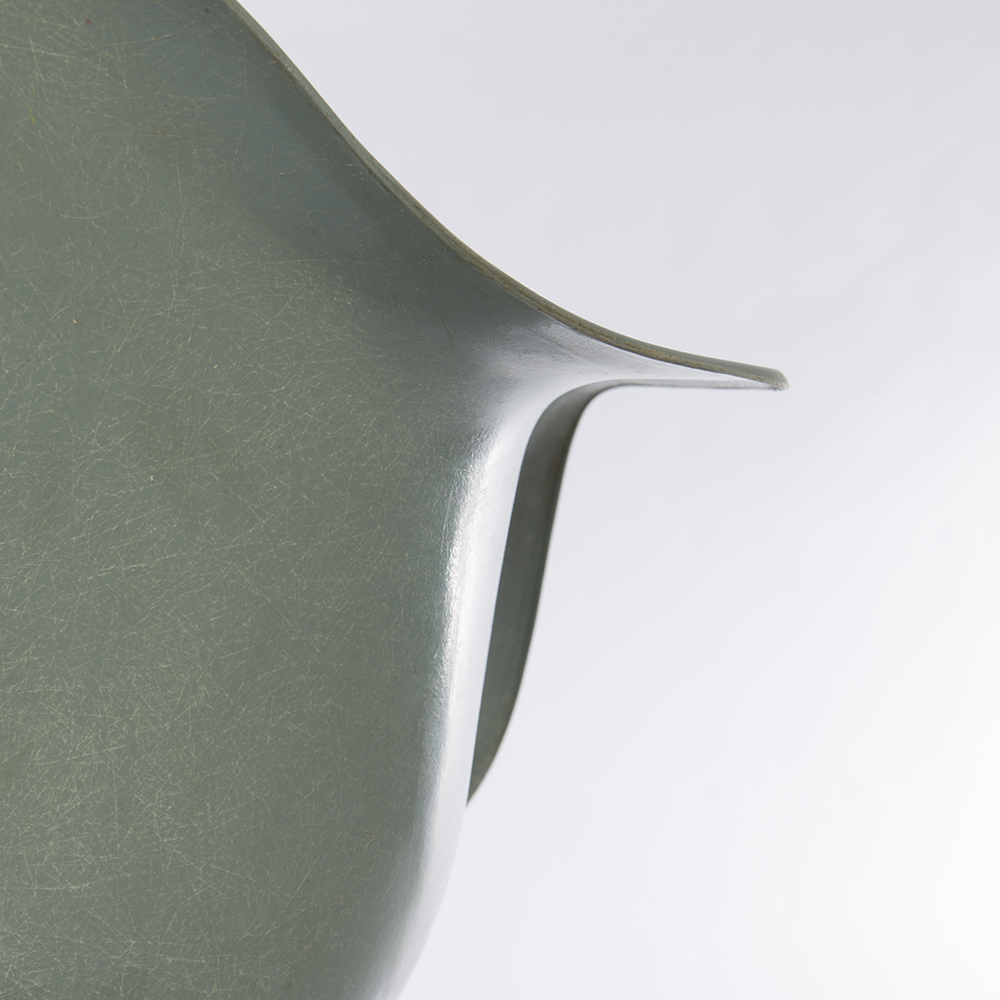 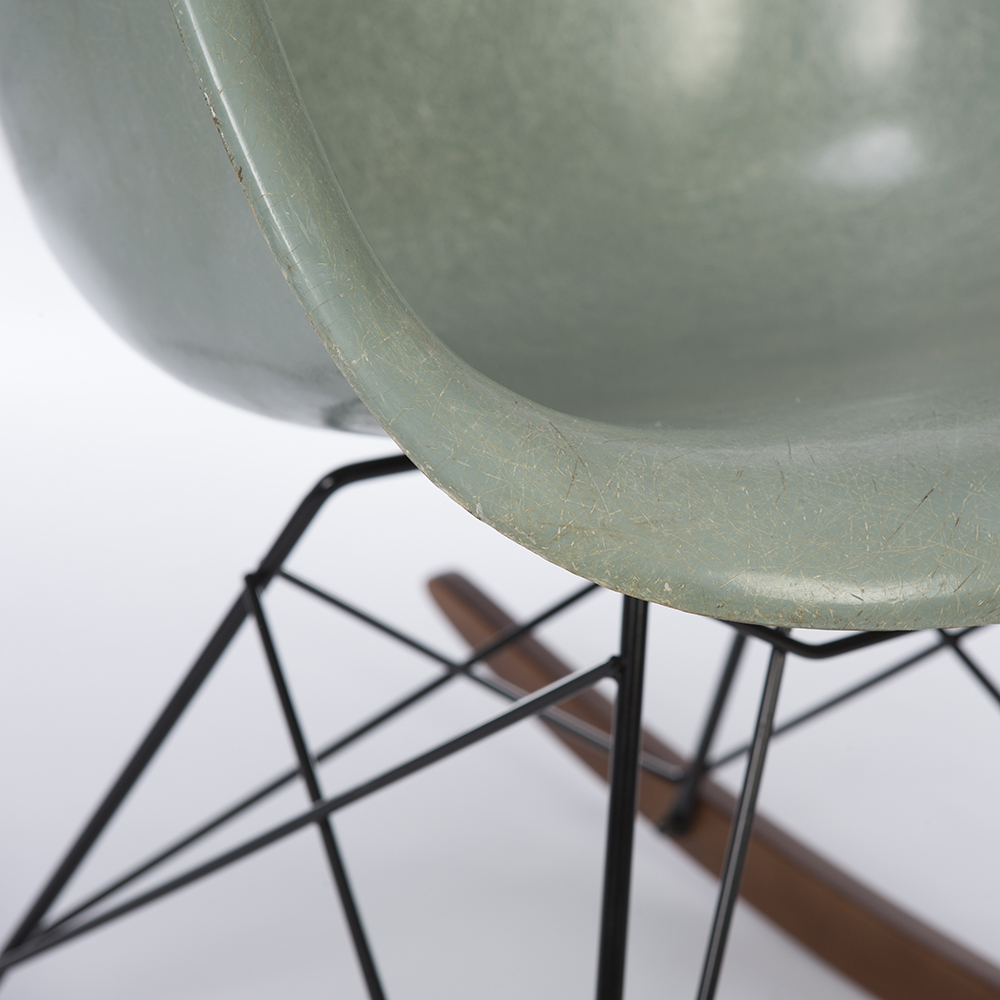 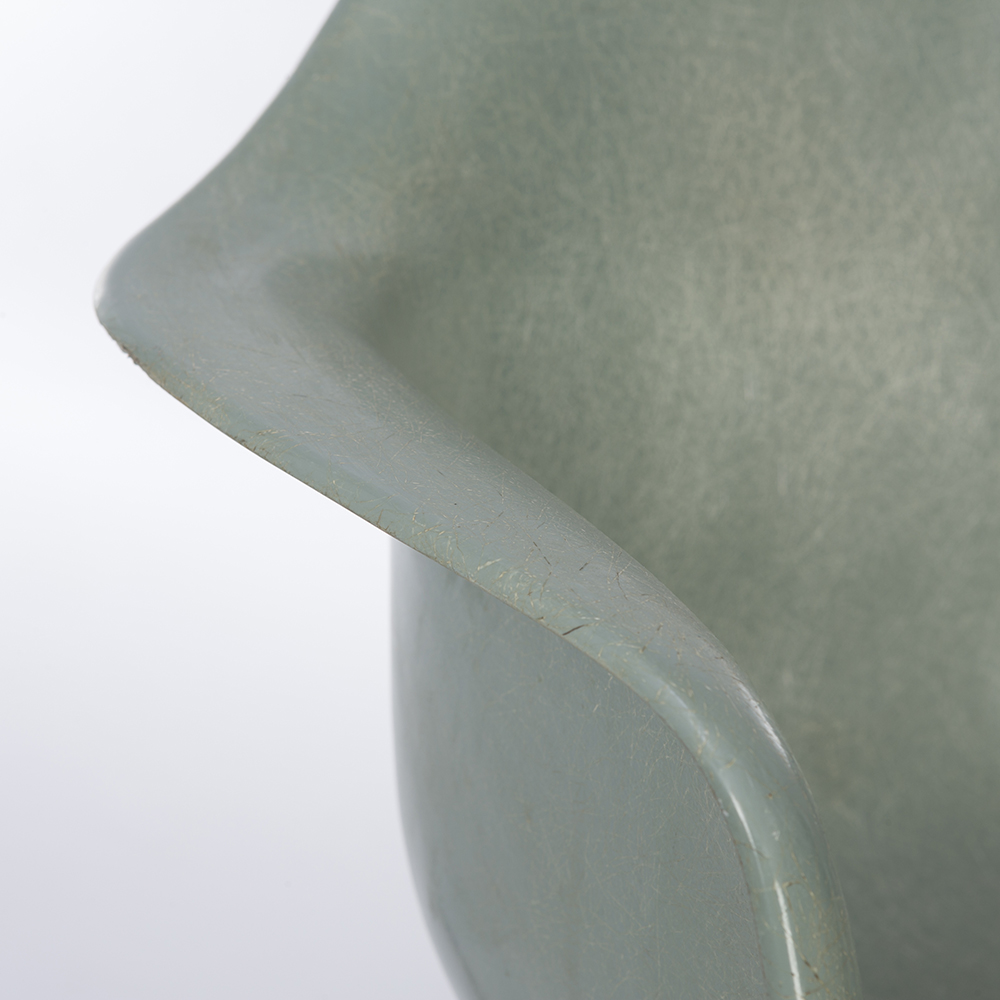 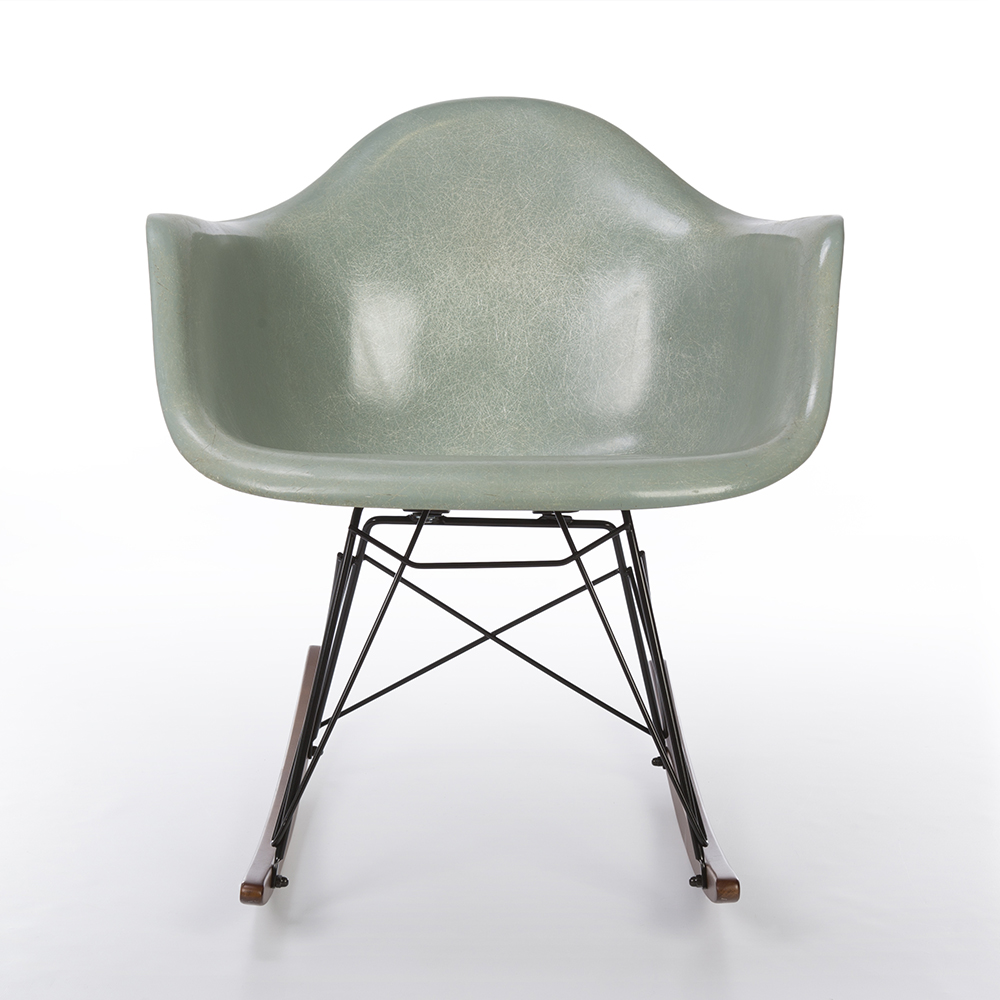