This is an original, used Herman Miller Eames upholstered armchair, with vibrant, sophisticated pink fabric, enclosed on top of a black fibreglass shell. The RAR base is new, made out of beautiful, natural walnut wood, with black detailing of a classic Eames base. This chair is a perfect addition to any interior, whether it's your bedroom, office or the living room, providing you with the ultimate comfort.

The RAR base was only available until 1968, after which they were only available to the employees of Herman Miller who were expecting children. It was customary for the employee to choose which top they wanted and, once they had done so, a birth plate with the name and birthday of the child was screwed to the back of the shell and the chair was gifted to the employees.

As with newer editions, Herman Miller Eames chairs continues to preserve its popularity through consistent designs with high-quality materials. This particular upholstered armchair is only a few years old and is still in very good condition. As with used chairs, this armchair will have some small marks- further images are available upon request.

Since the new base is made from beautiful warm brown walnut wood, it varies slightly from the picture.

The Herman Miller stamp indicates that this chair was produced around 2009 onwards. 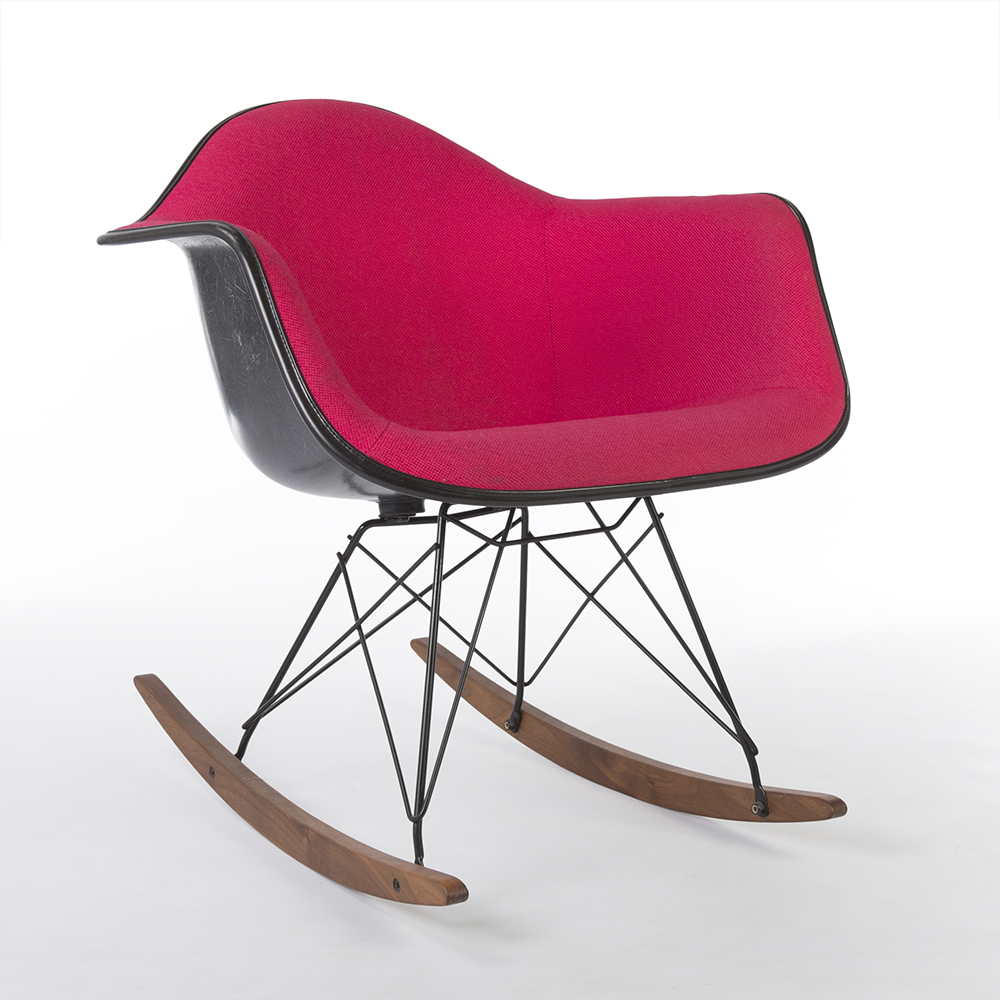 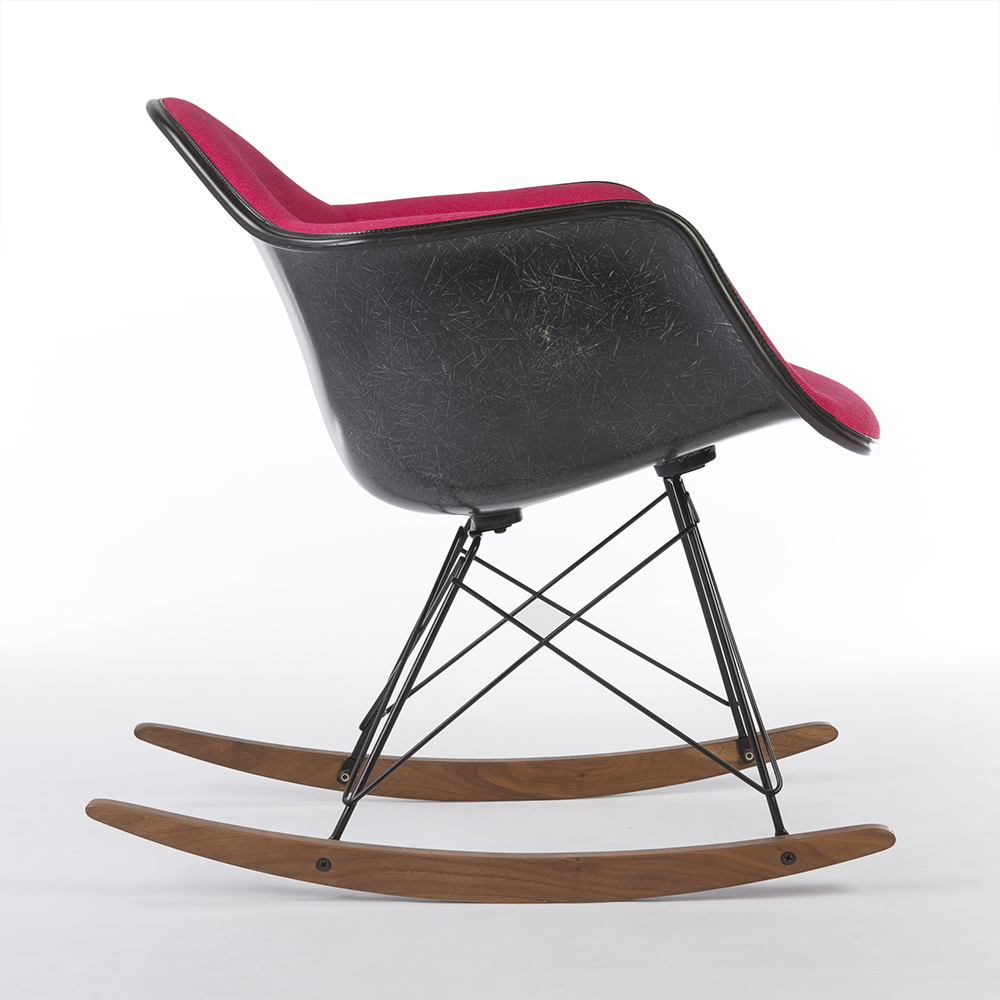 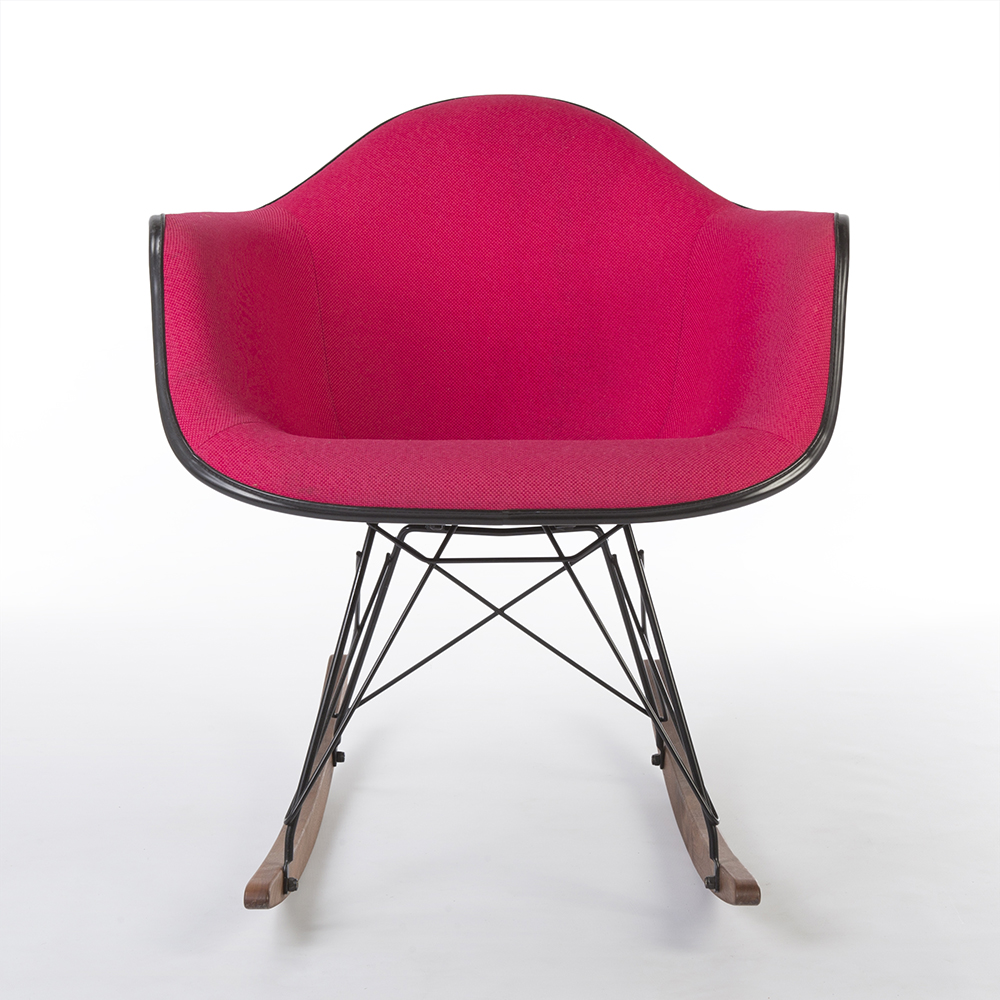 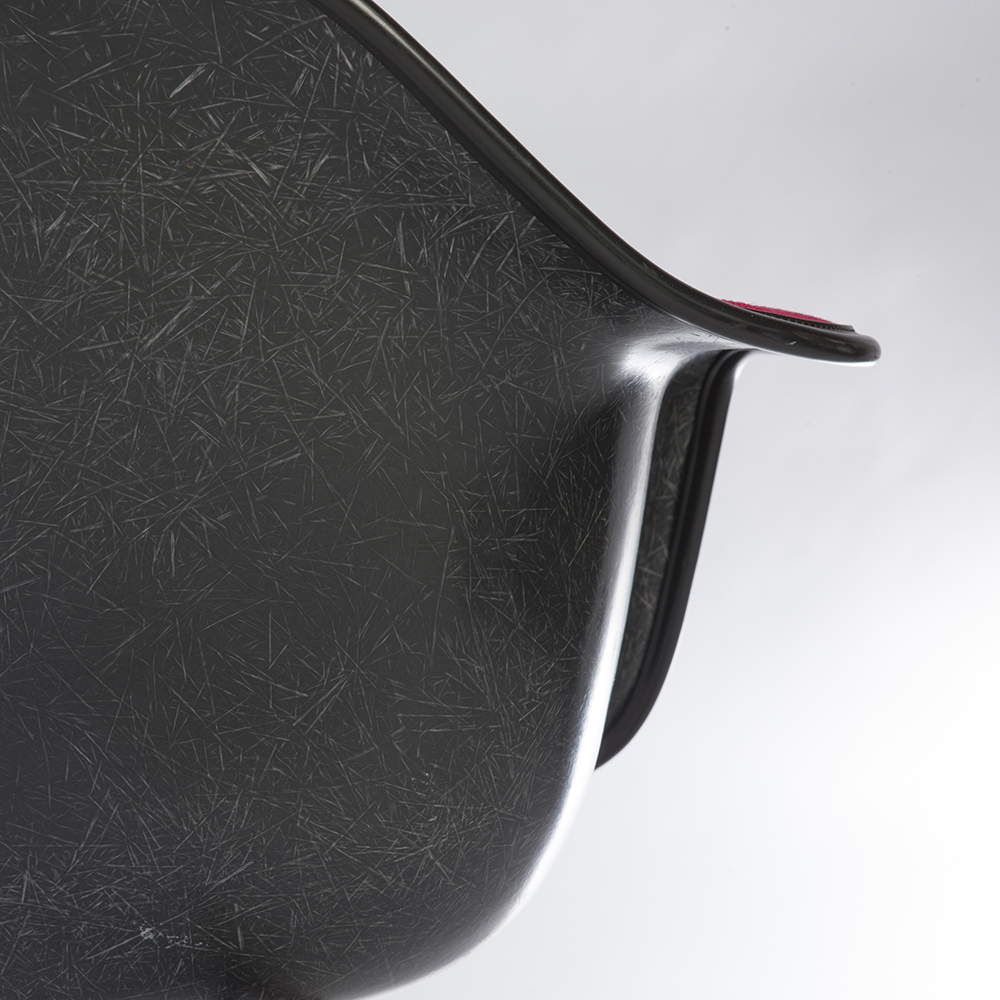 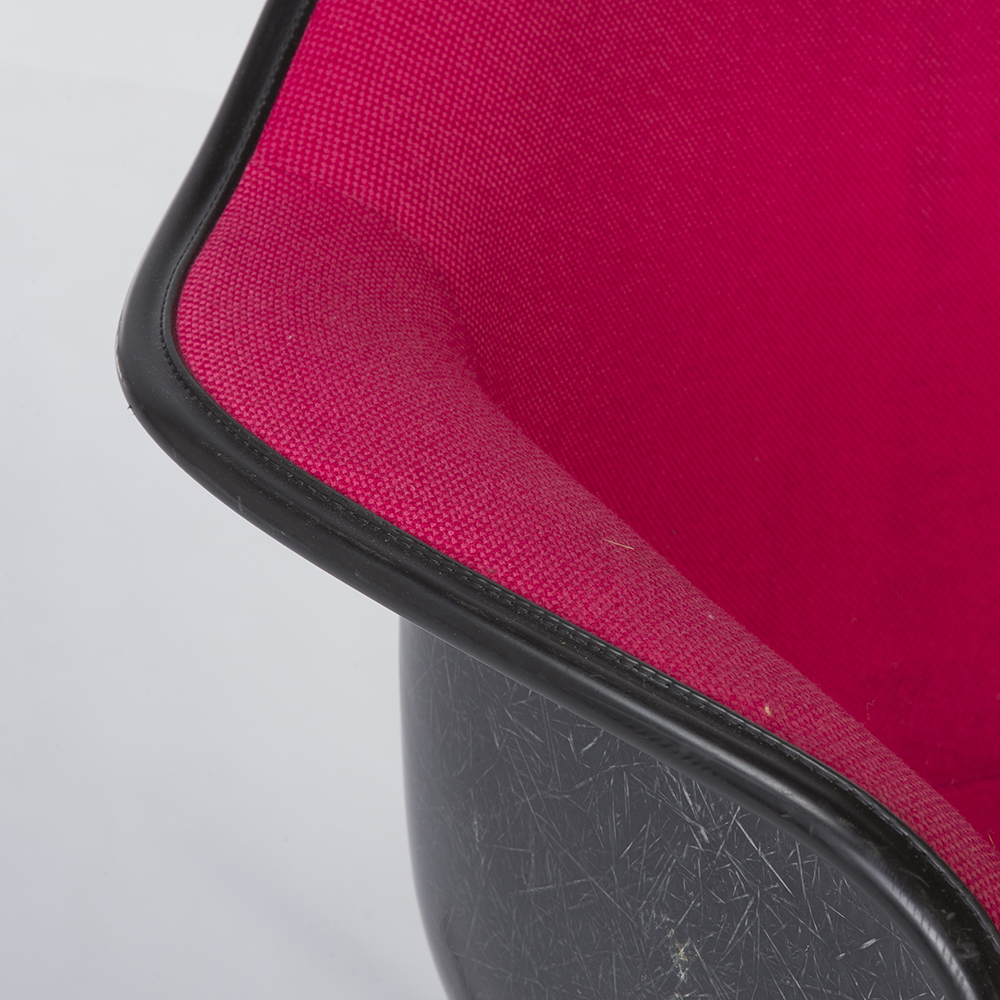 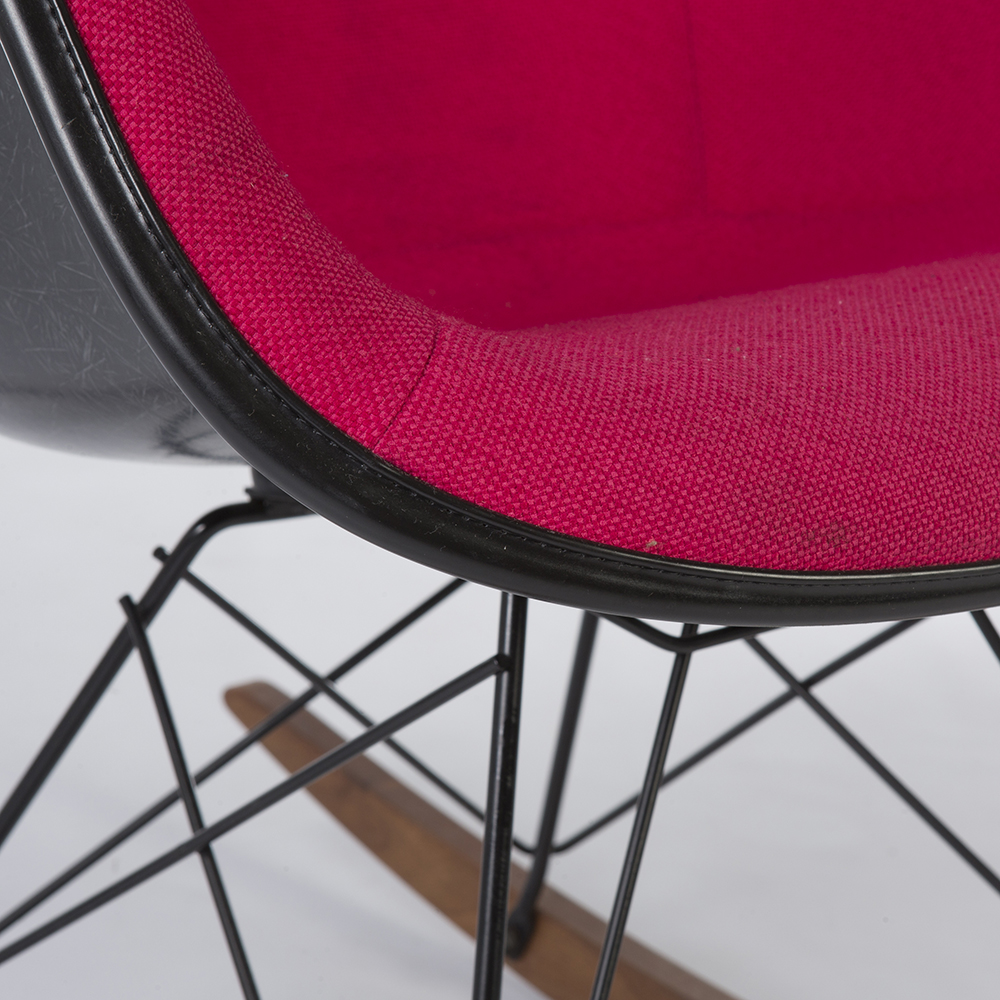 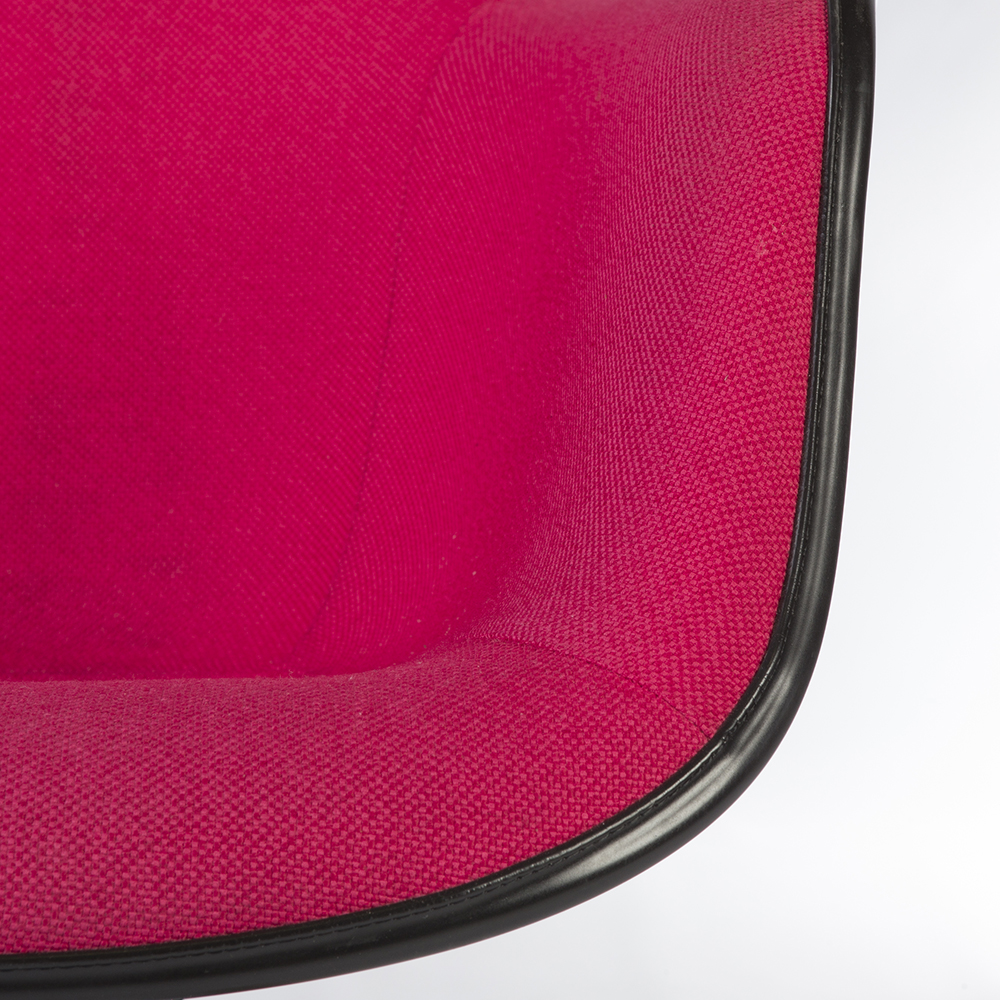 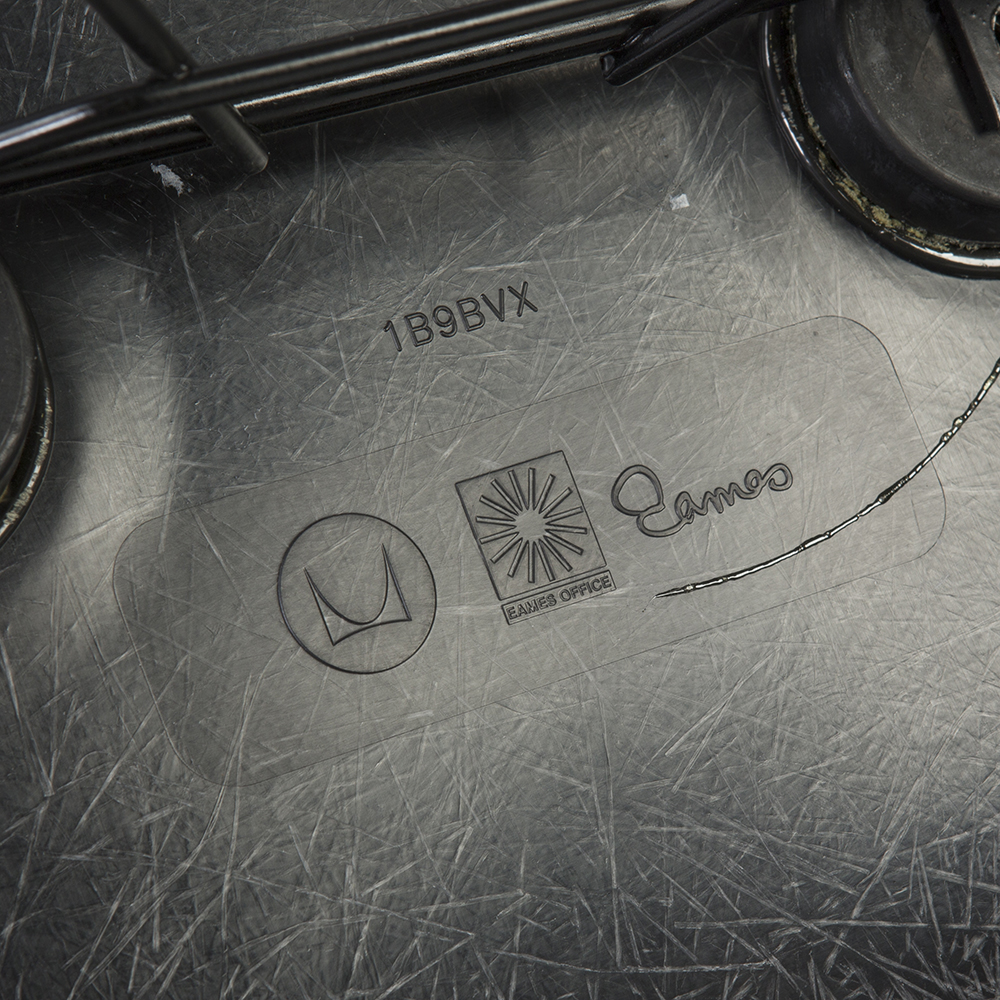