This is a used, newer version of the original Vitra Eames upholstered DAR armchair. The chair is made of Polypropylene plastic, a more environmentally friendly plastic, completed with upholstered fabric in black. This armchair wouldn't be completed without the Eiffel base, a base that is so widely recognisable, that it was re-issued again in 2001.

This Black upholstered DAR is a rather newer version, therefore it is in a very good condition. The fabric may require a little maintenance, in which further images are available upon request. Overall, this chair is a fantastic investment. 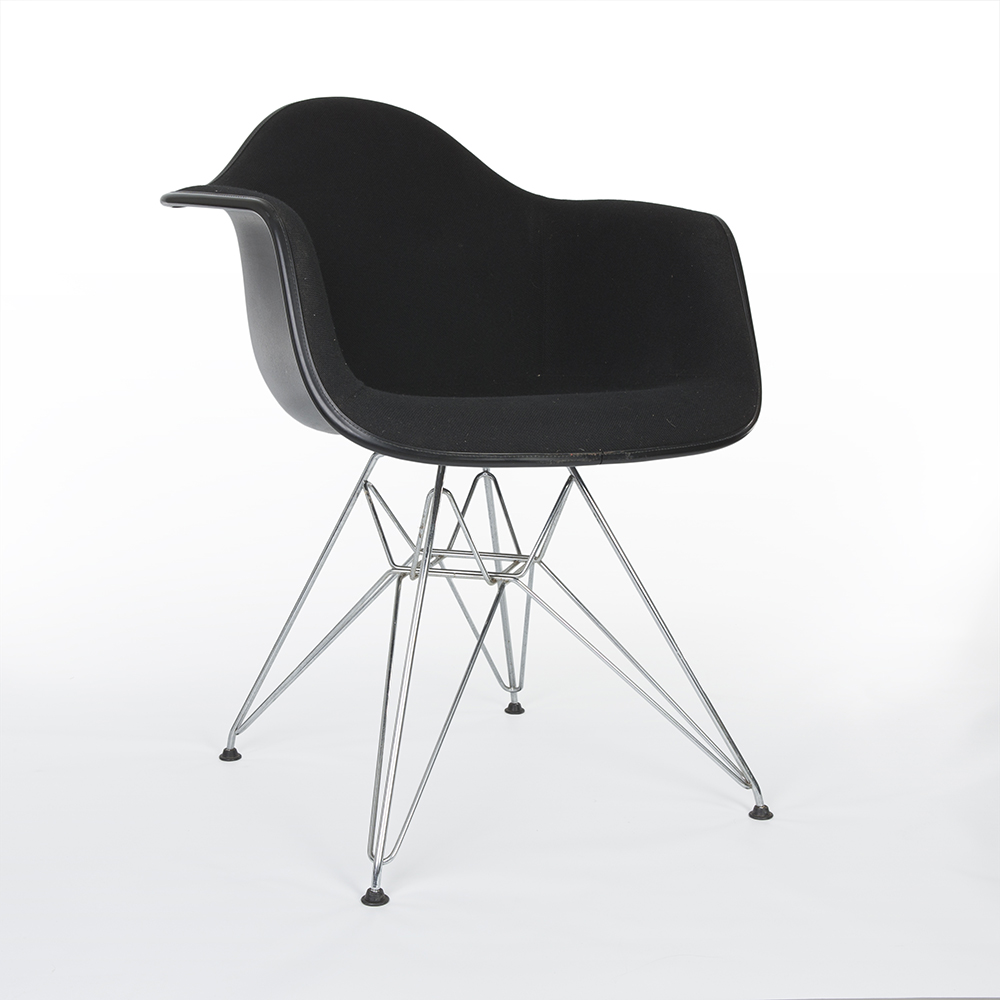 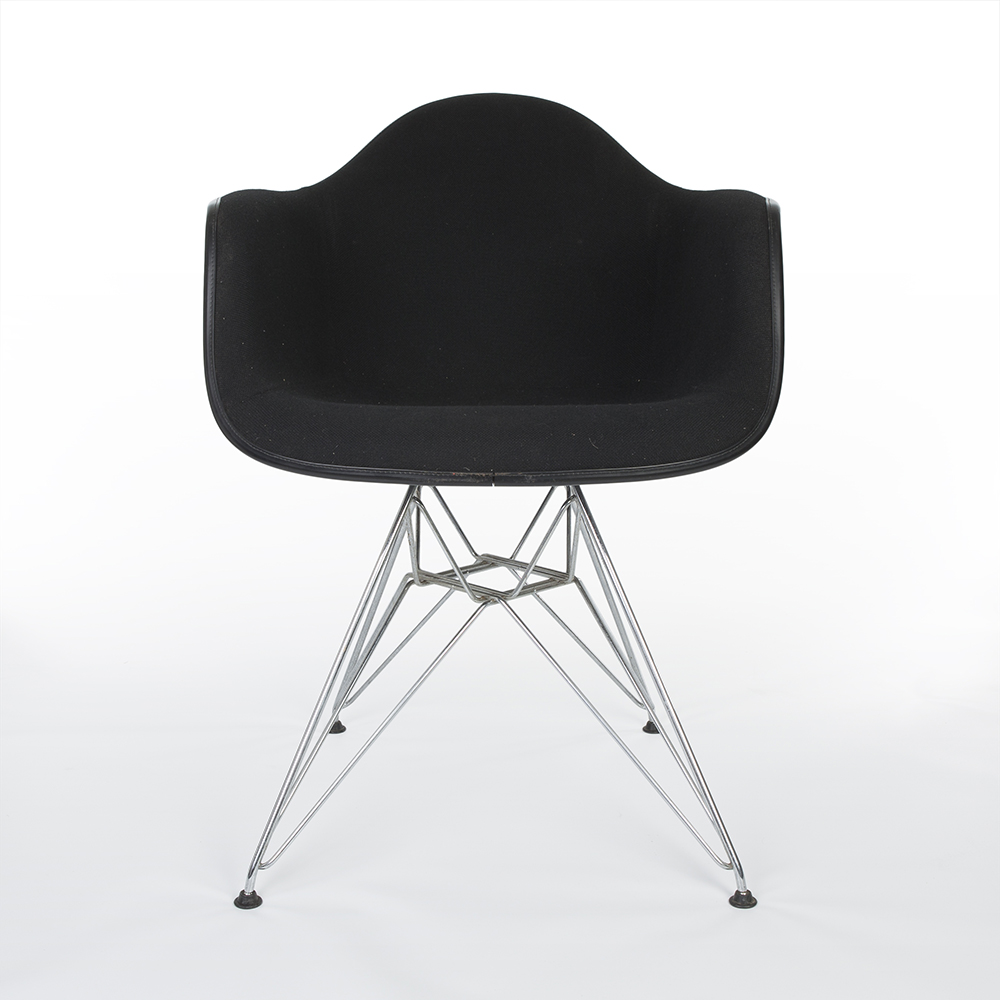 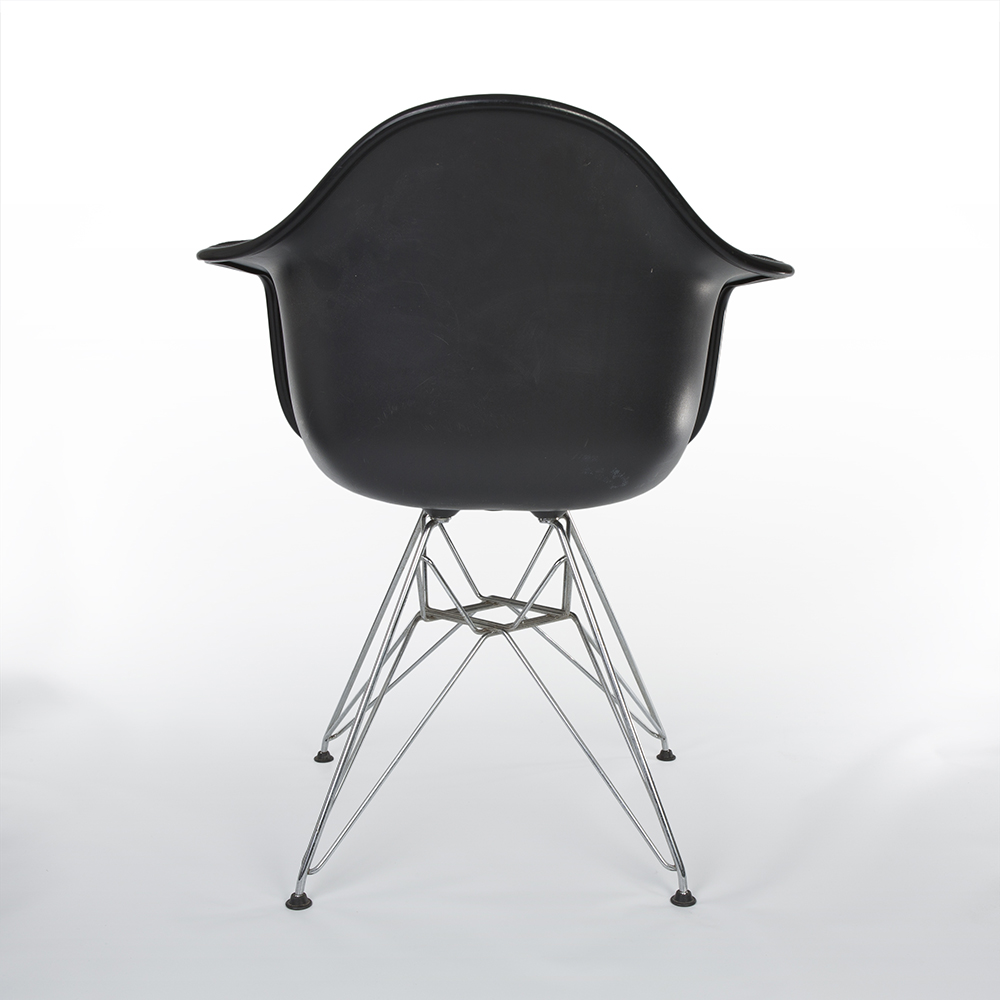 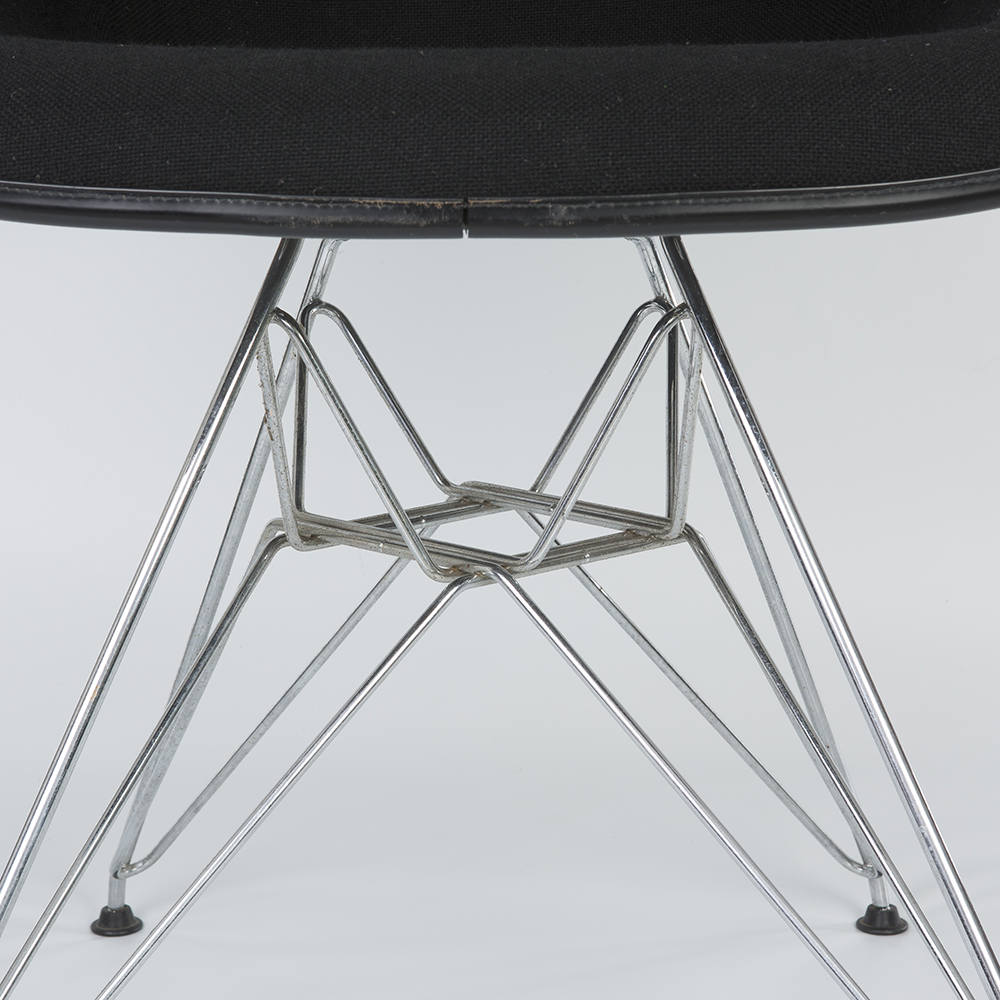 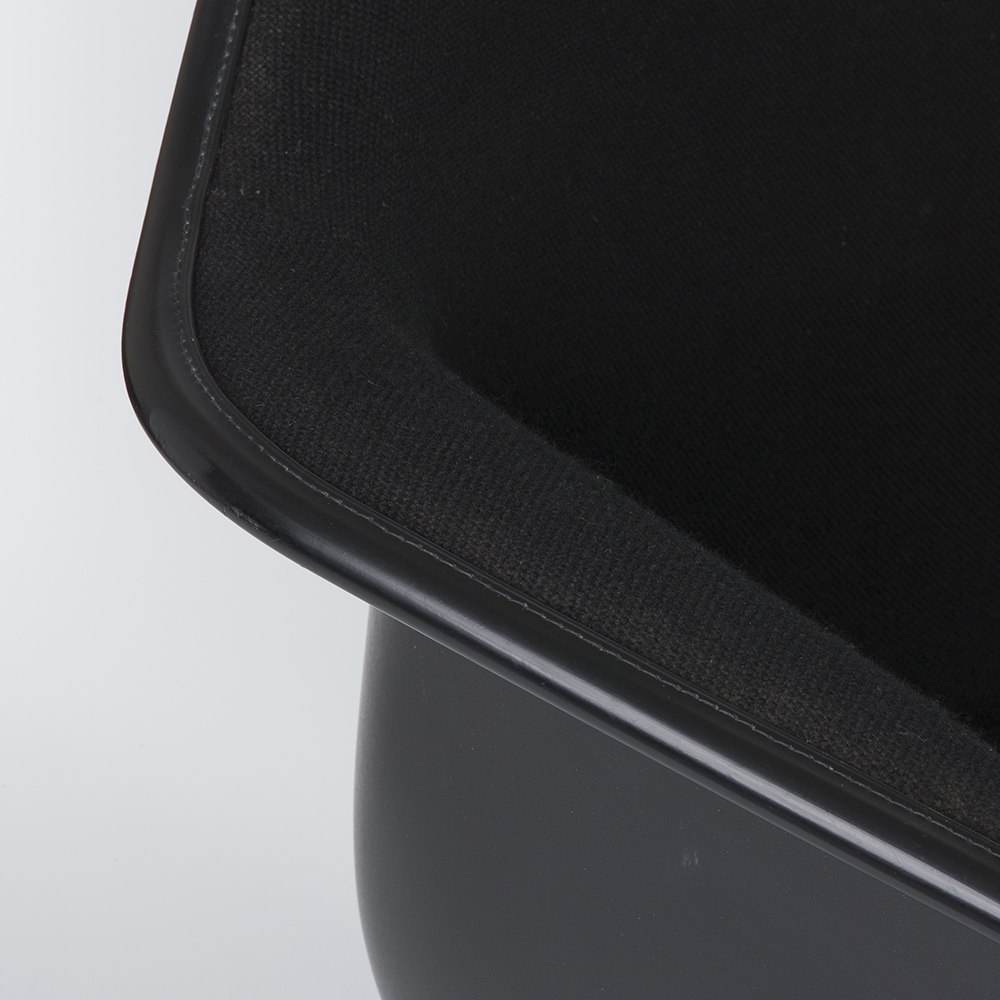 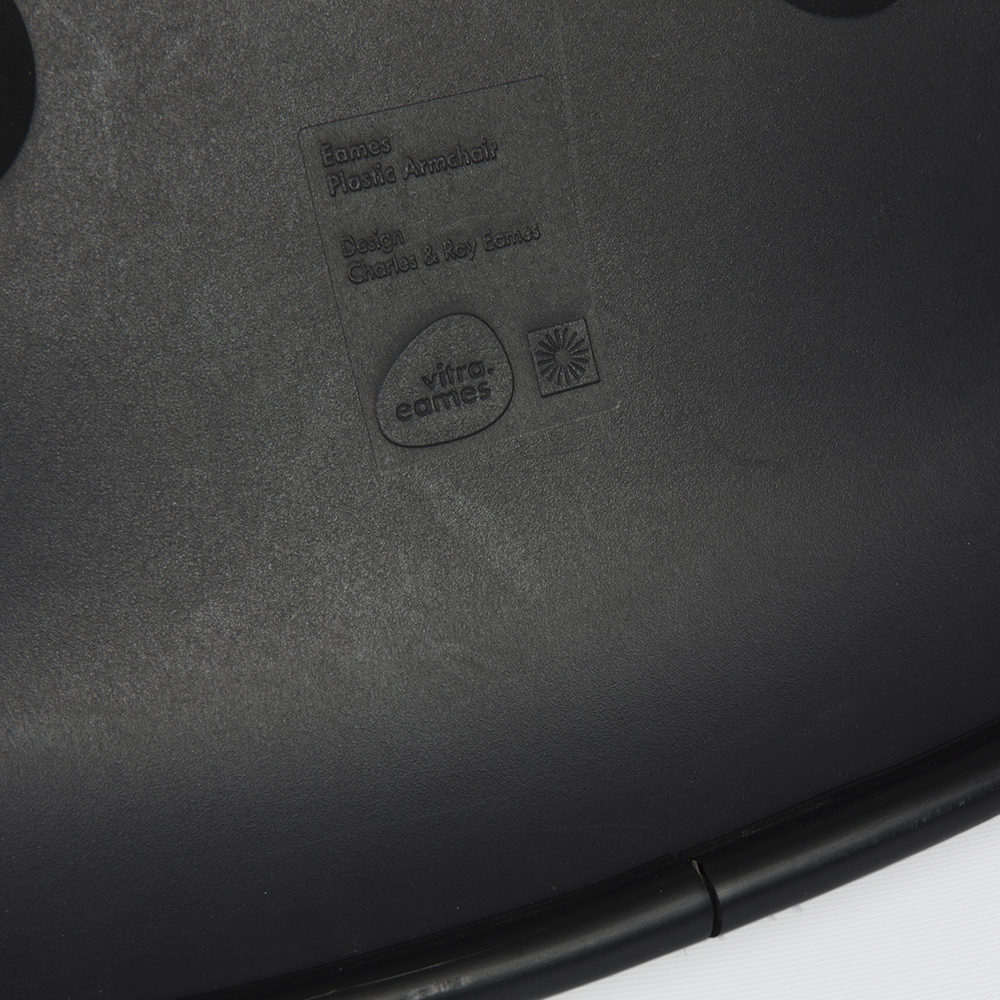 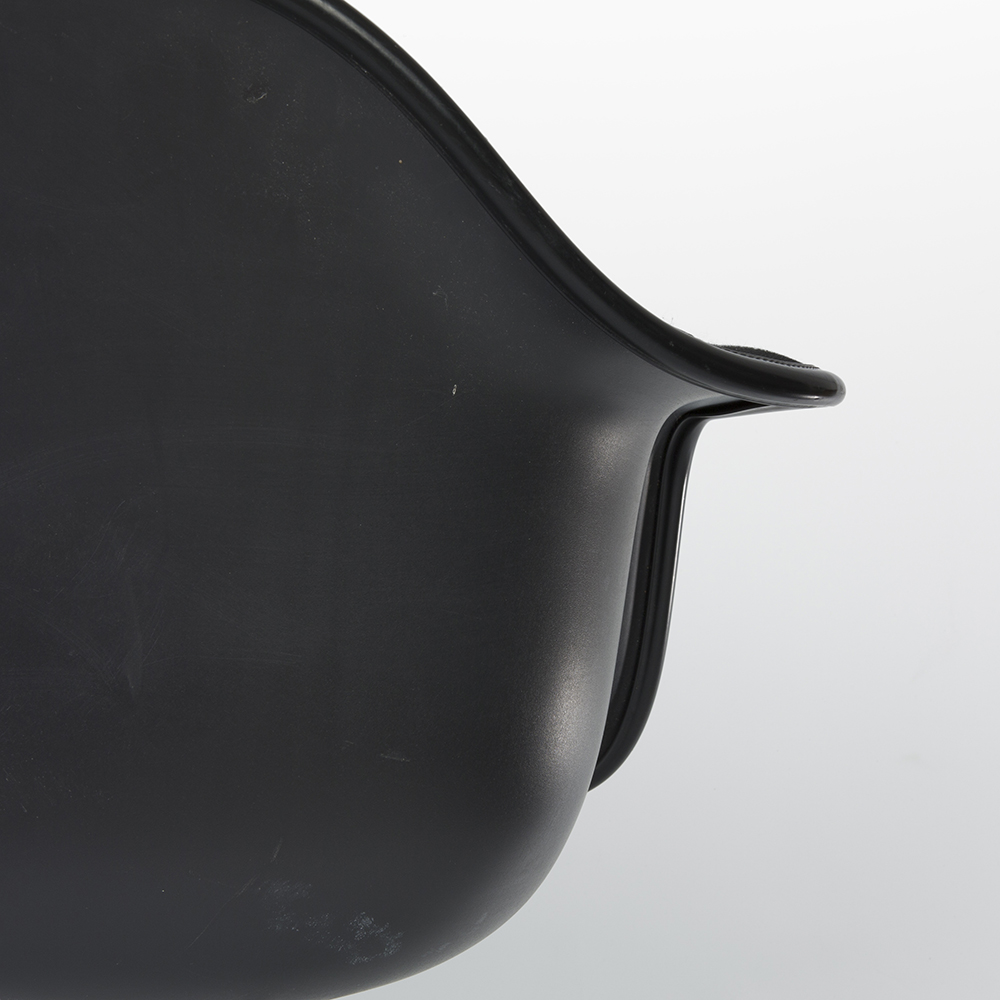