This is an original, Hot Pink Herman Miller Eames upholstered arm shell, with white porcelain fiberglass shell attached to a brand new walnut RAR dowel base. As this is a newer edition, this particular colour is only available in the third-generation re-issued version. The hot, lively upholstered pink fabric certainly would be a popular addition to a modernised home.

The RAR base was only available until 1968, after which they were only available to the employees of Herman Miller who were expecting children. It was customary for the employee to choose which top they wanted and, once they had done so, a birth plate with the name and birthday of the child was screwed to the back of the shell and the chair was gifted to the employees.

As with newer editions, Herman Miller Eames chairs continues to preserve its popularity through consistent designs with high-quality materials. This used arm shell has maintained its bright colour, with the upholstered fabric remaining in top condition with no visible or large tear. Moreover, the shell is in good condition with no cracks or dents evident.

Since the new base is made from beautiful warm brown walnut wood, it varies slightly from the picture.

The Herman Miller stamp indicates that this chair was produced around 2009 onwards. 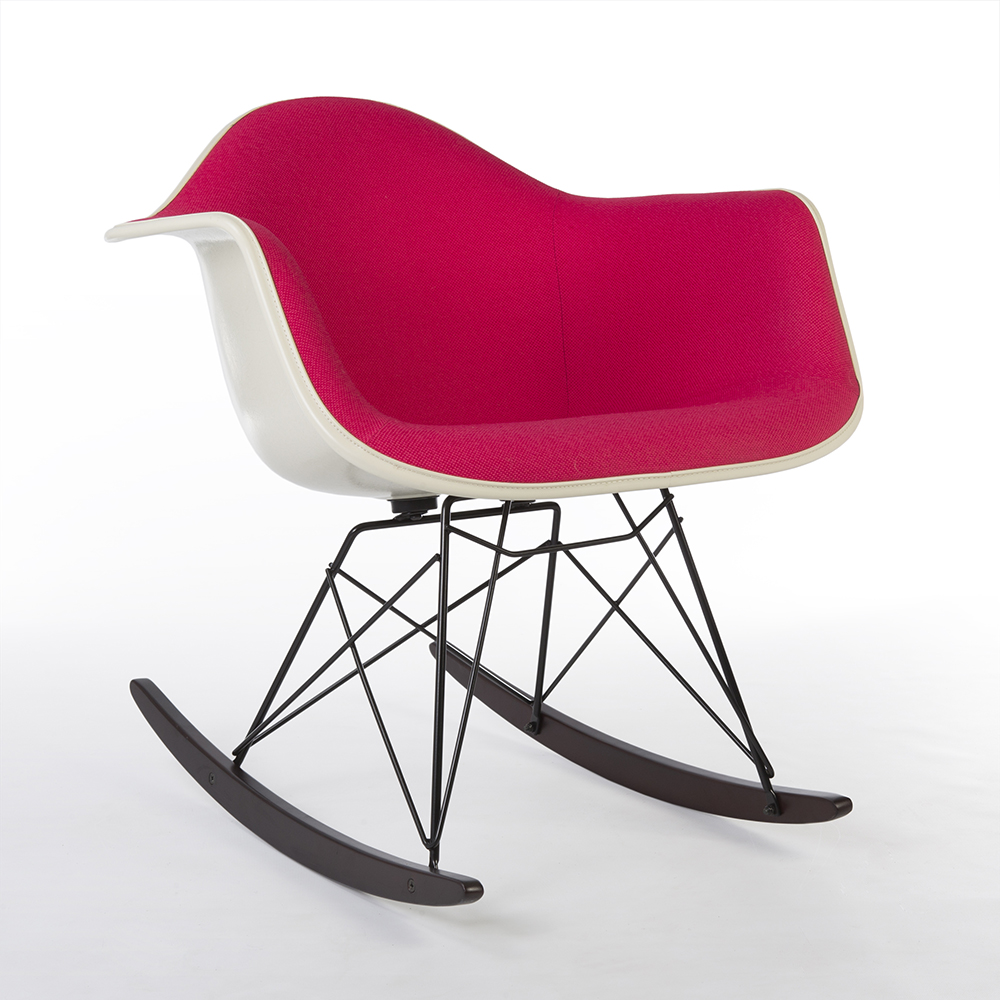 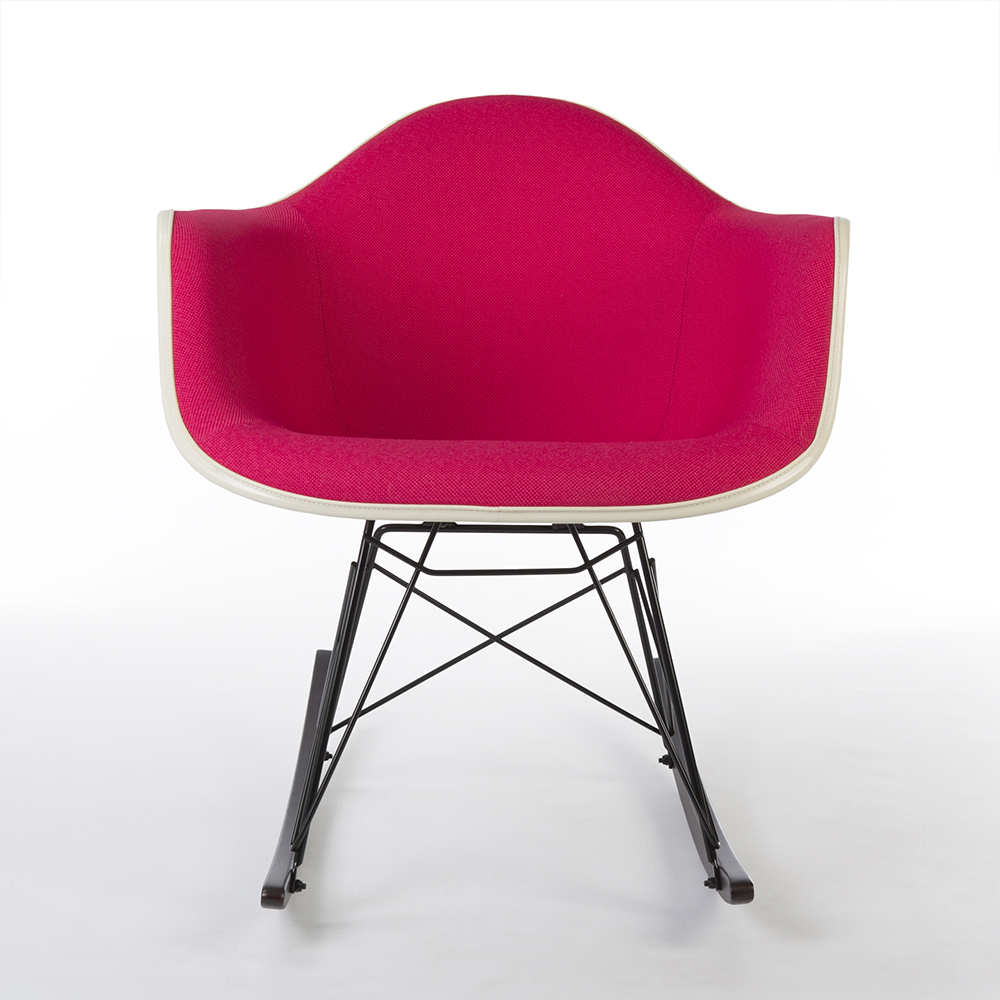 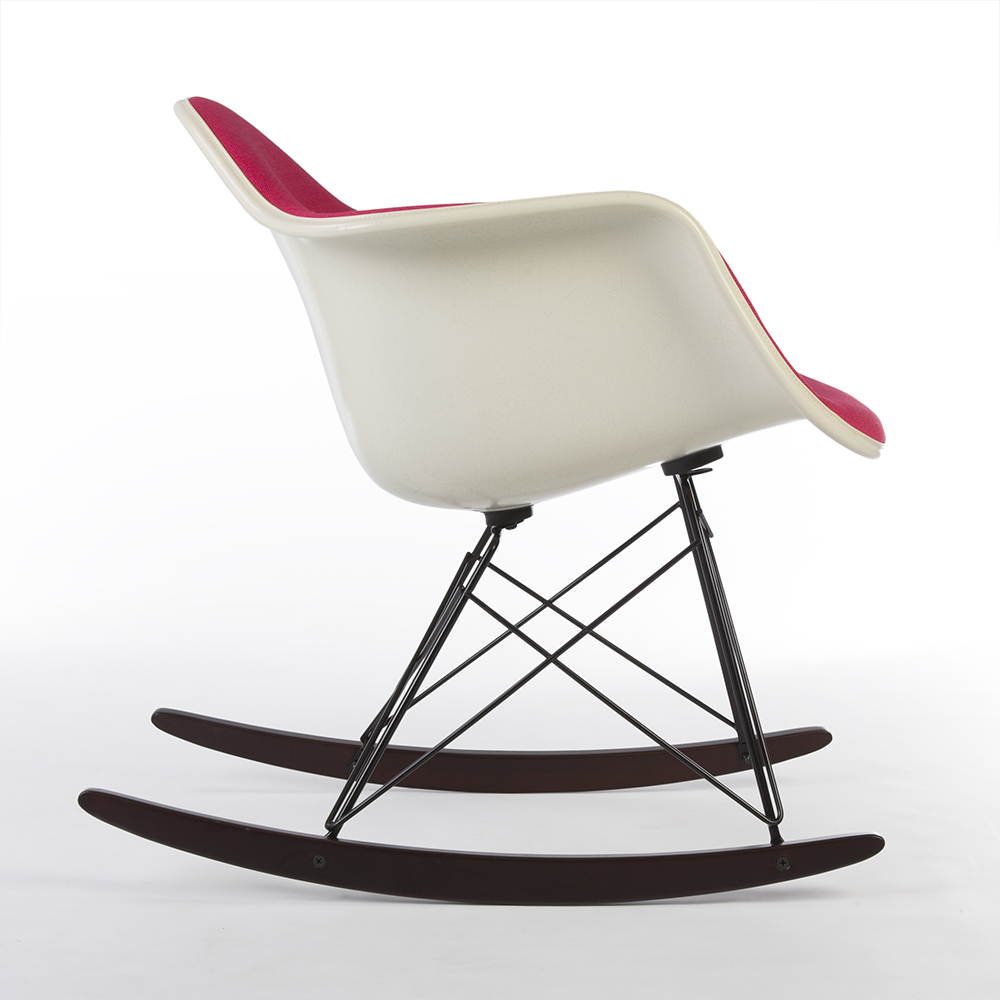 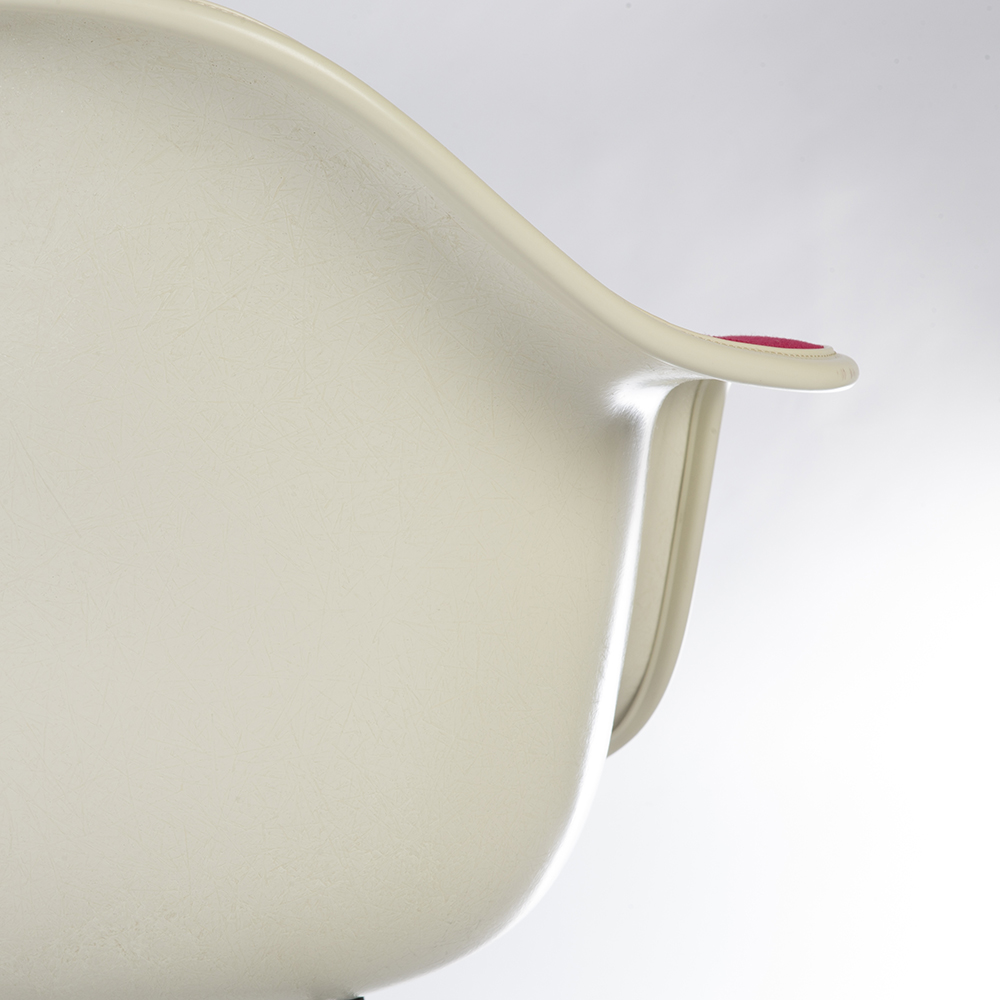 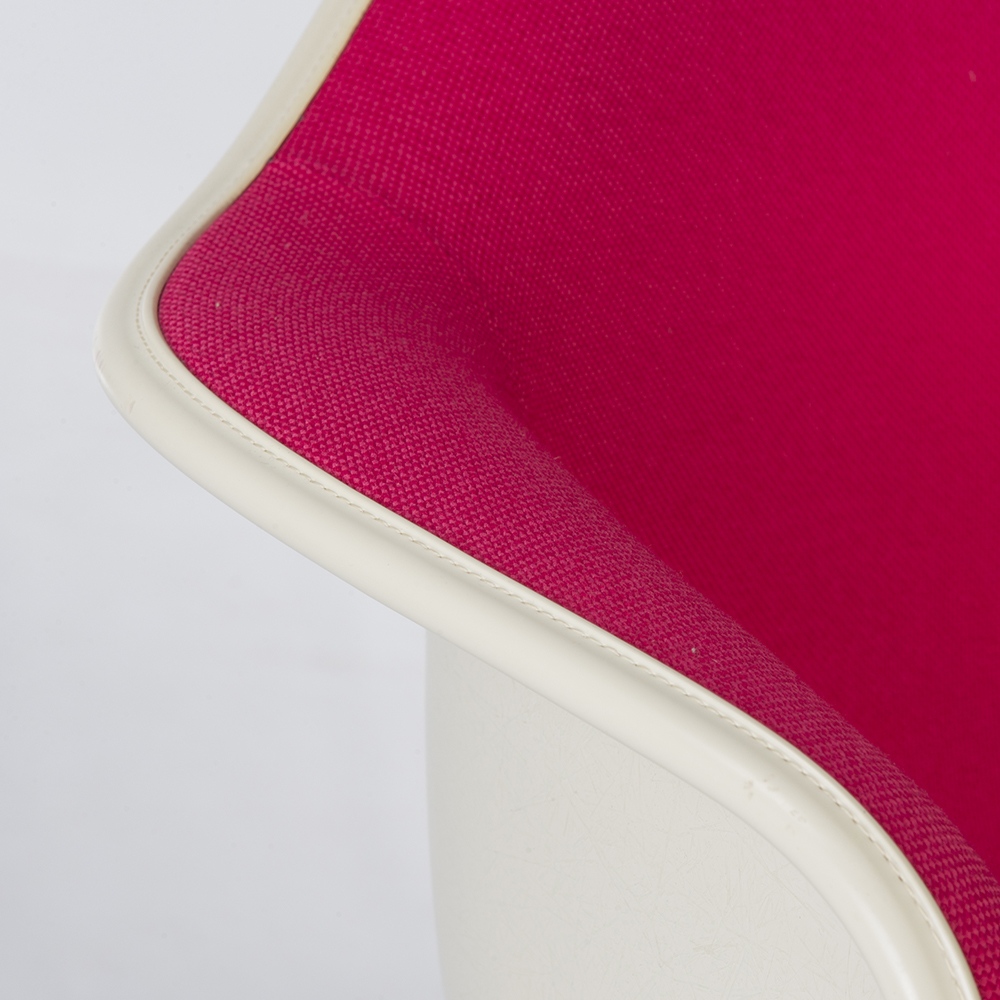 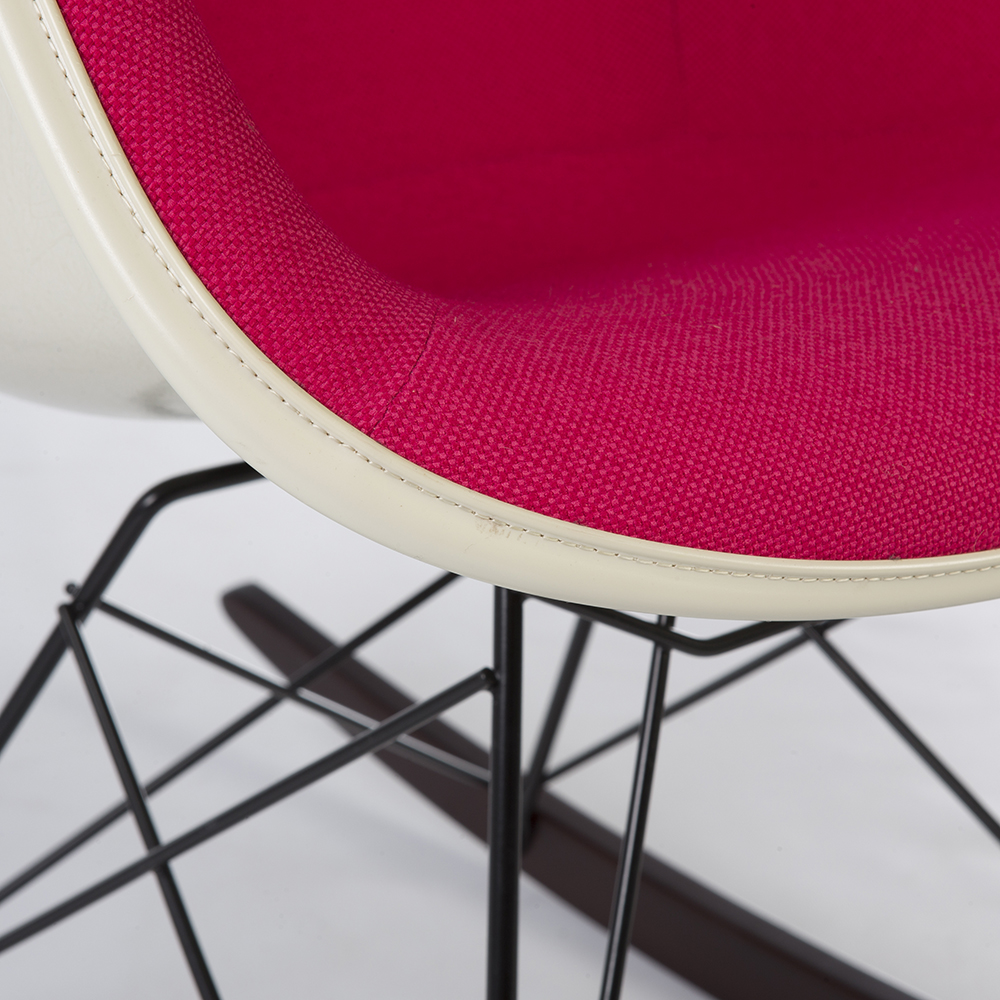 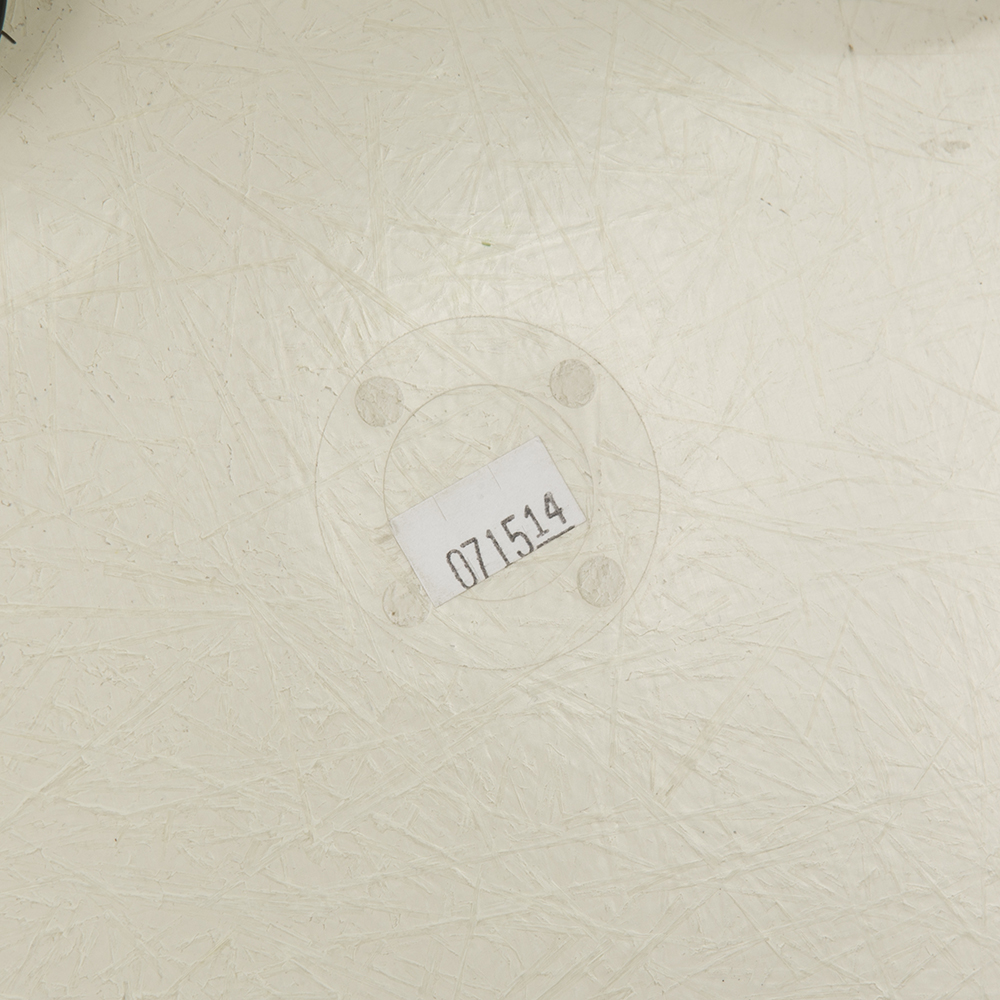 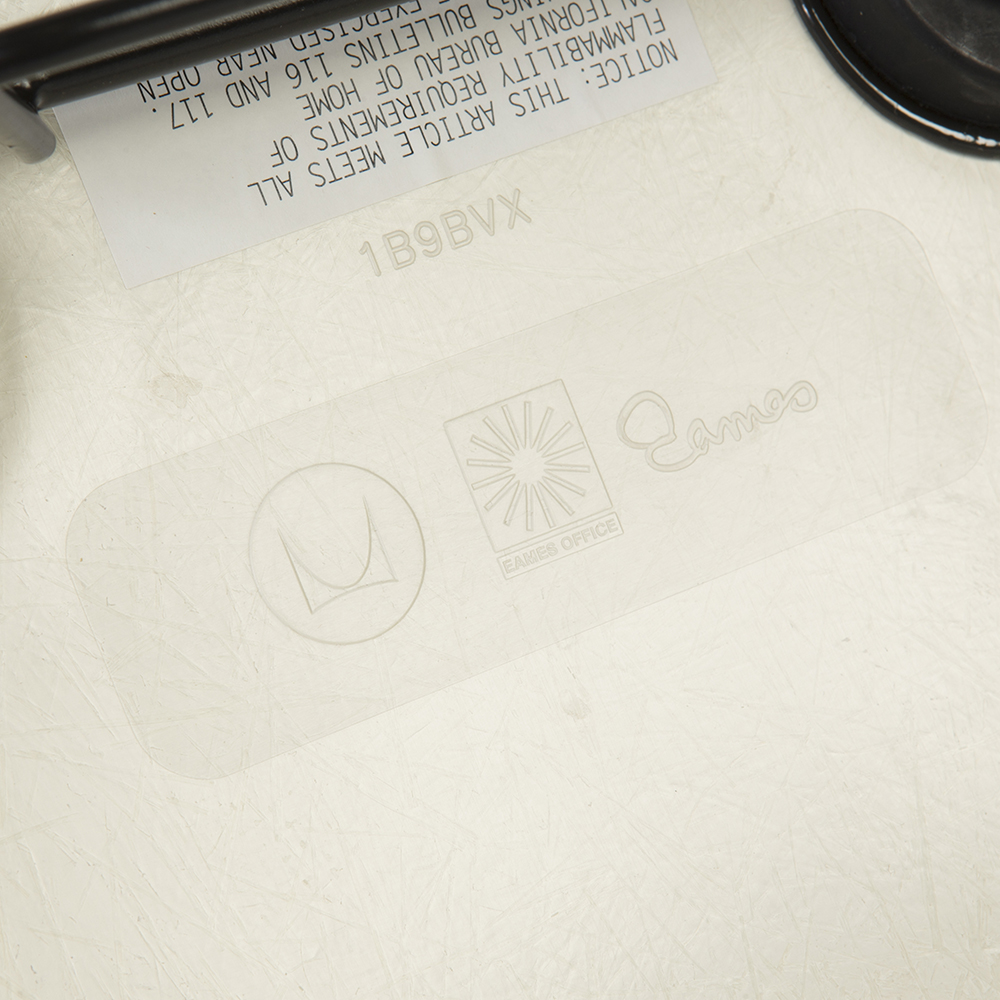