An original Eames and Herman Miller ribbed aluminium meeting chair on 5-star contract base and finished in brown vinyl makes for a great indoor or outdoor chair. It is a little strange to think that this style of chair began, at its conception, as both an indoor and outdoor chair. Ray and Charles were approached by Eero Saarinen to design the aluminium group to be used both indoors and outdoors and the first editions were finished in mesh to allow this durability but the Eames’s quickly changed this to, the more popular leather, and to this soft fabric finish.

This ‘Meeting’ side chair does without arms but still has the swivel capability, making it the perfect chair for any conference room or office space. The classic design is finished in a rather beautiful chocolatey brown vinyl which gives it a rather modern and unique look. The 5-star base is a later addition which has been altered to make the chair more stable whilst adding a spider-like look to it.

This slightly later version is notable due to its being made from brown vinyl and being on a 5-star contract base. The vinyl is in good condition with only natural marks around the edges, which is consistent with age.

For its age, this is in very good condition. Some gentle cleaning of the aluminium will help bring them back to their former glory, but the metal is still sturdy and the chair still has its original feet.

The label on the underside indicates this chair is from 2008 as it is a 50th anniversary edition. 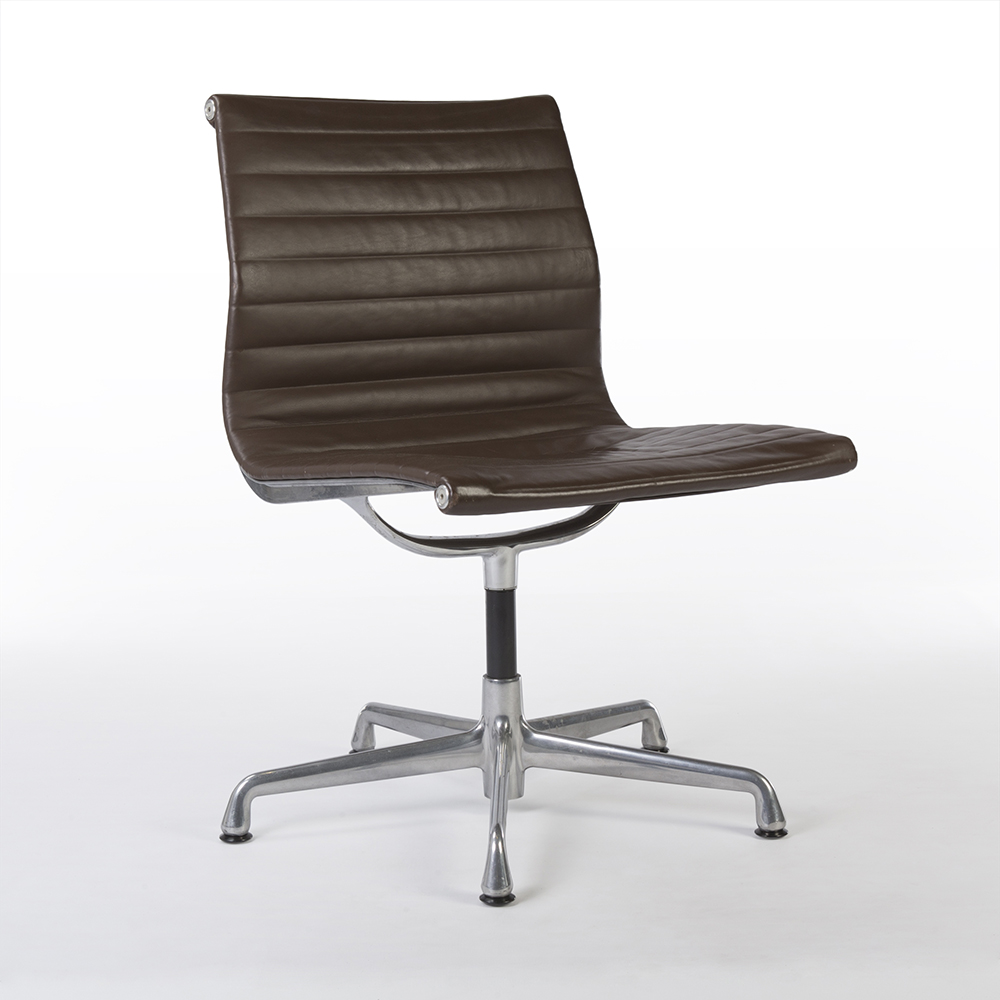 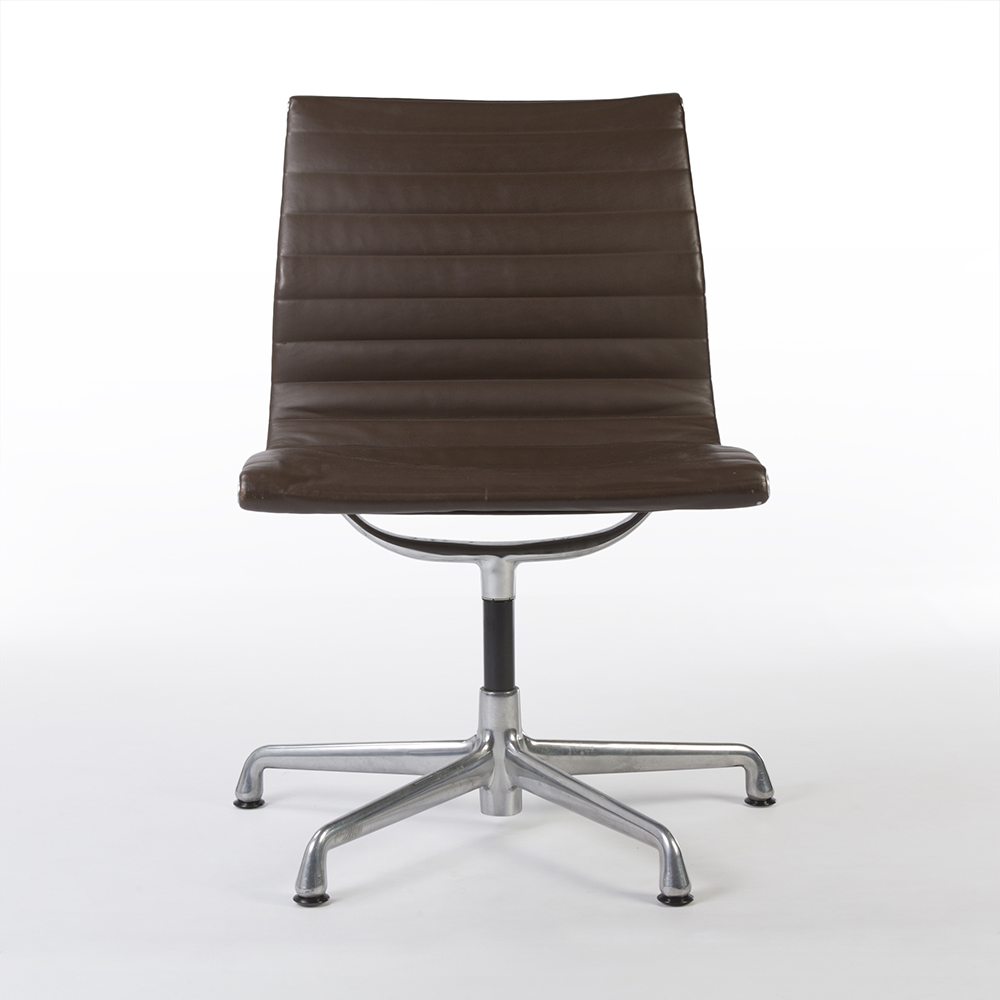 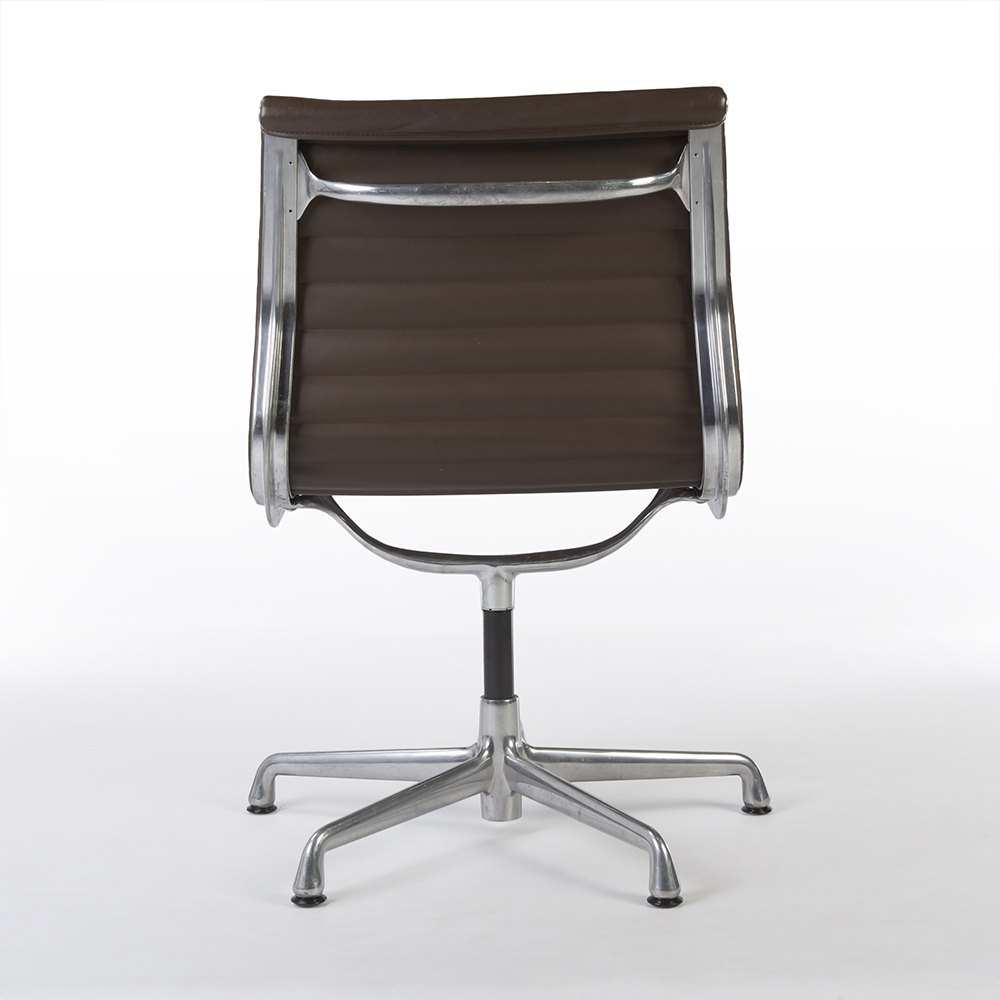 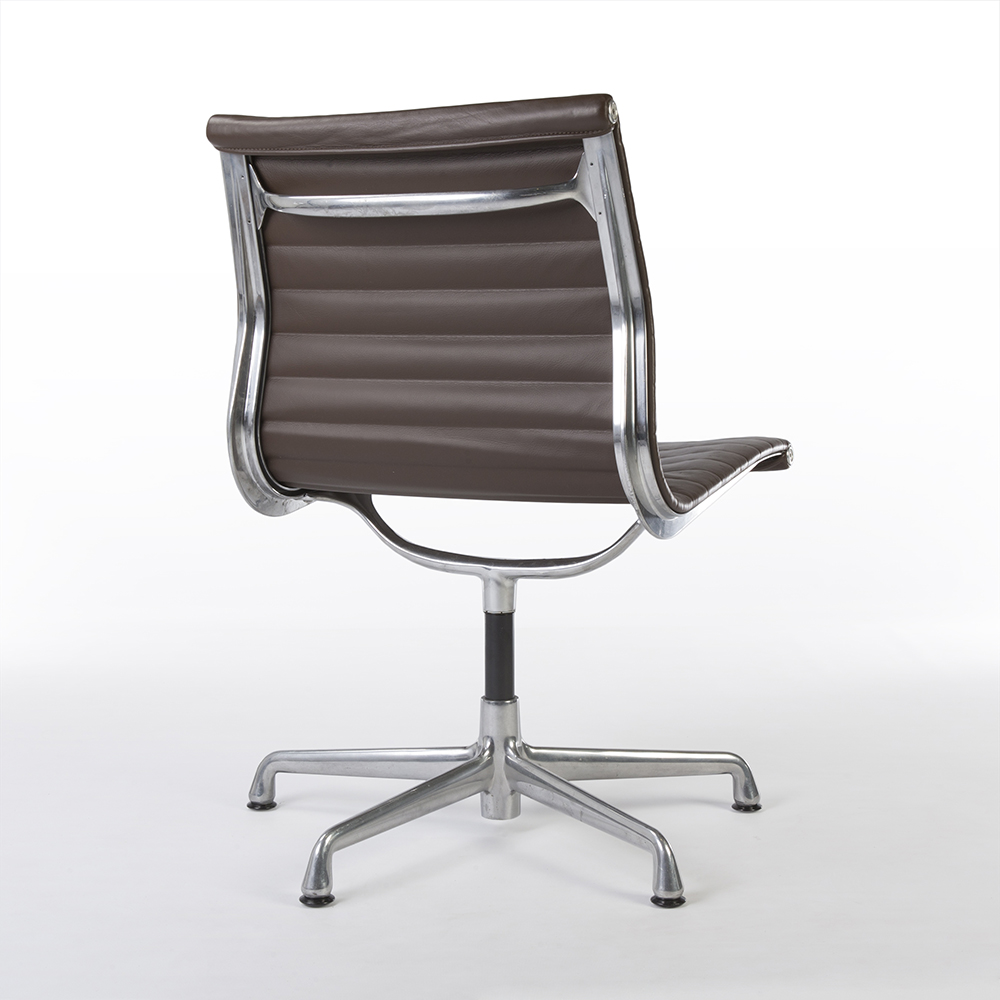 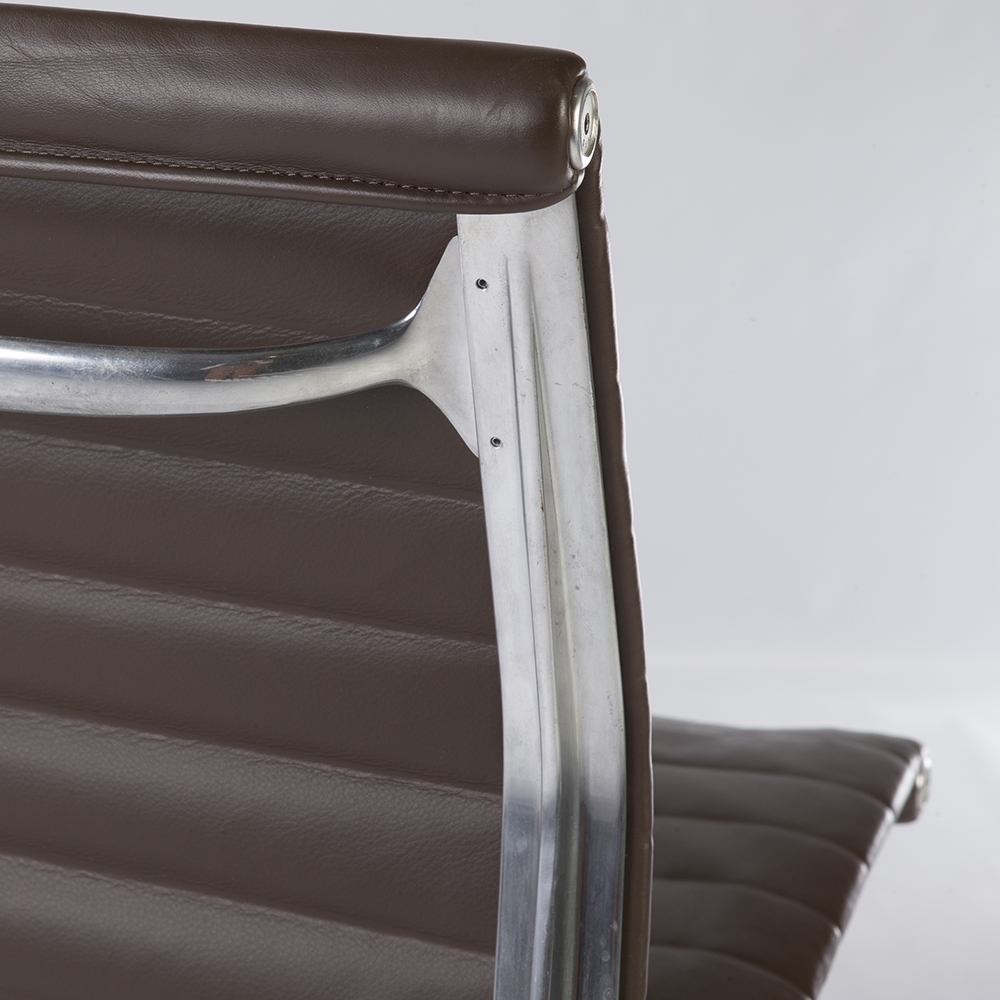 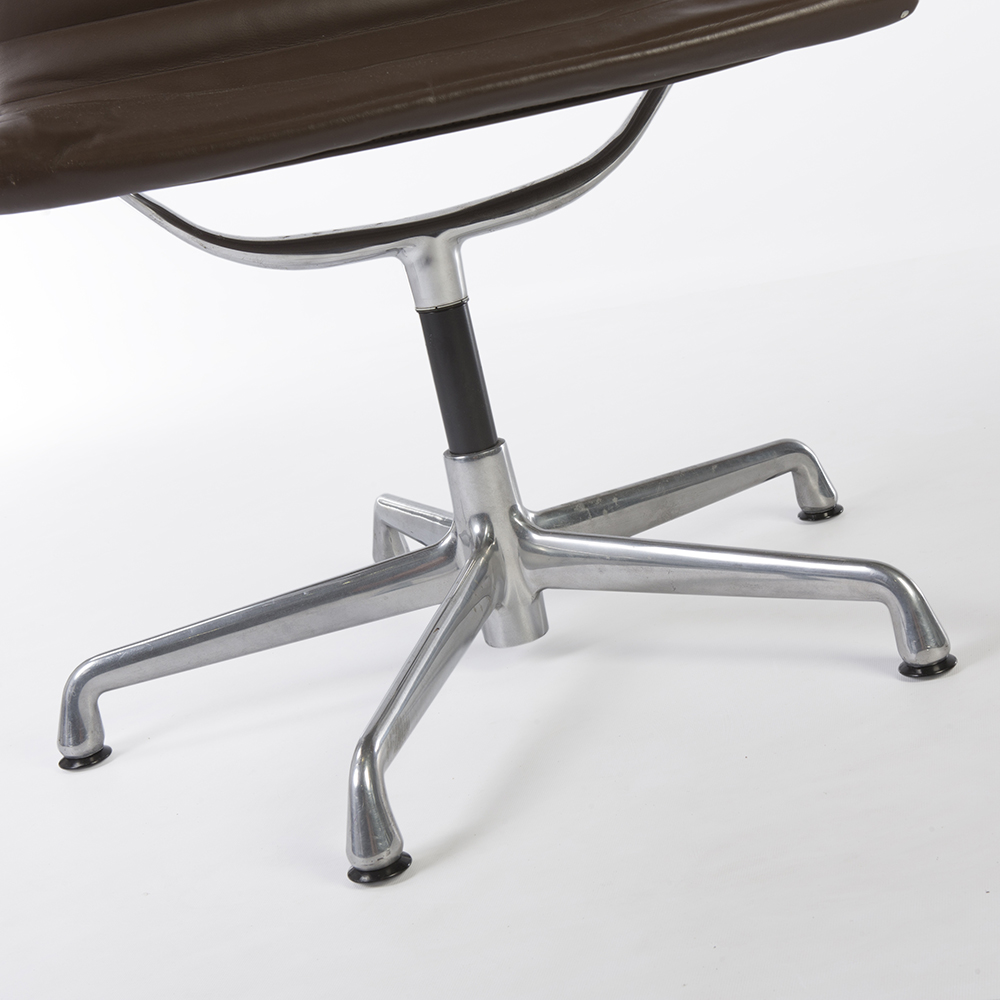 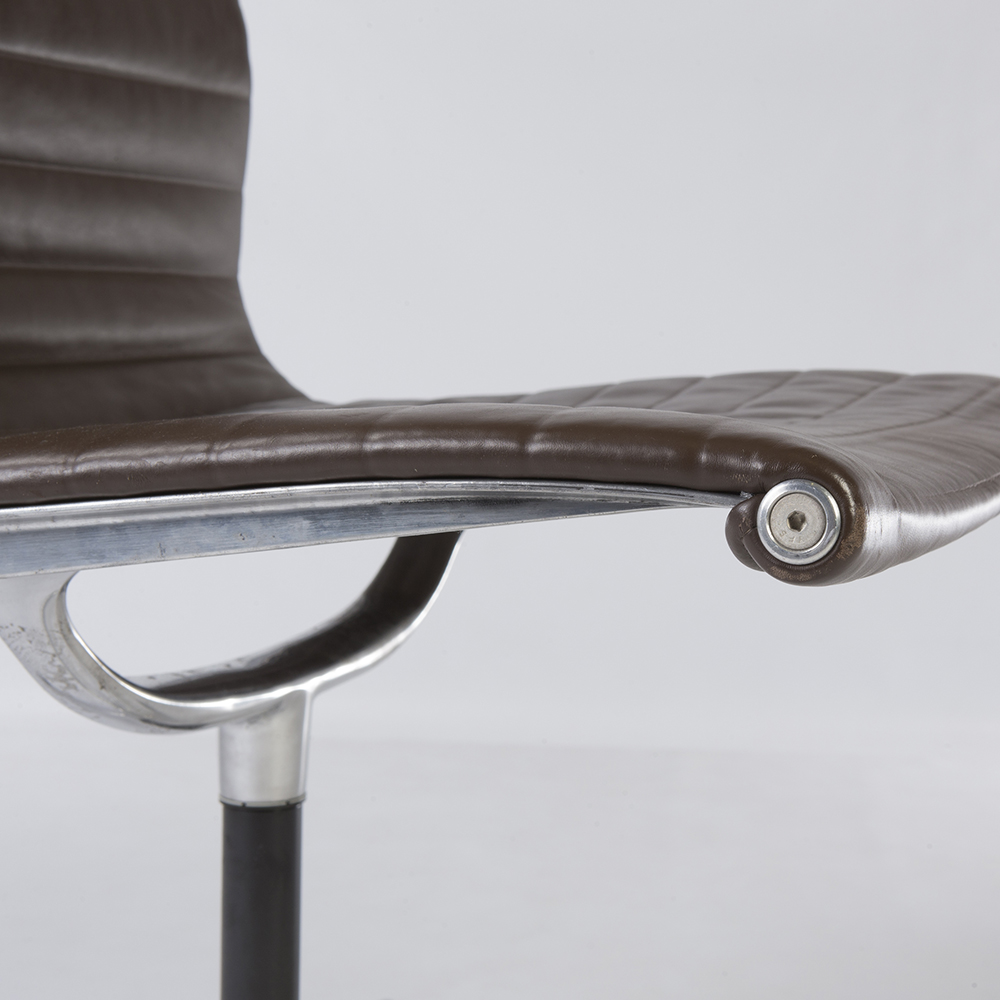 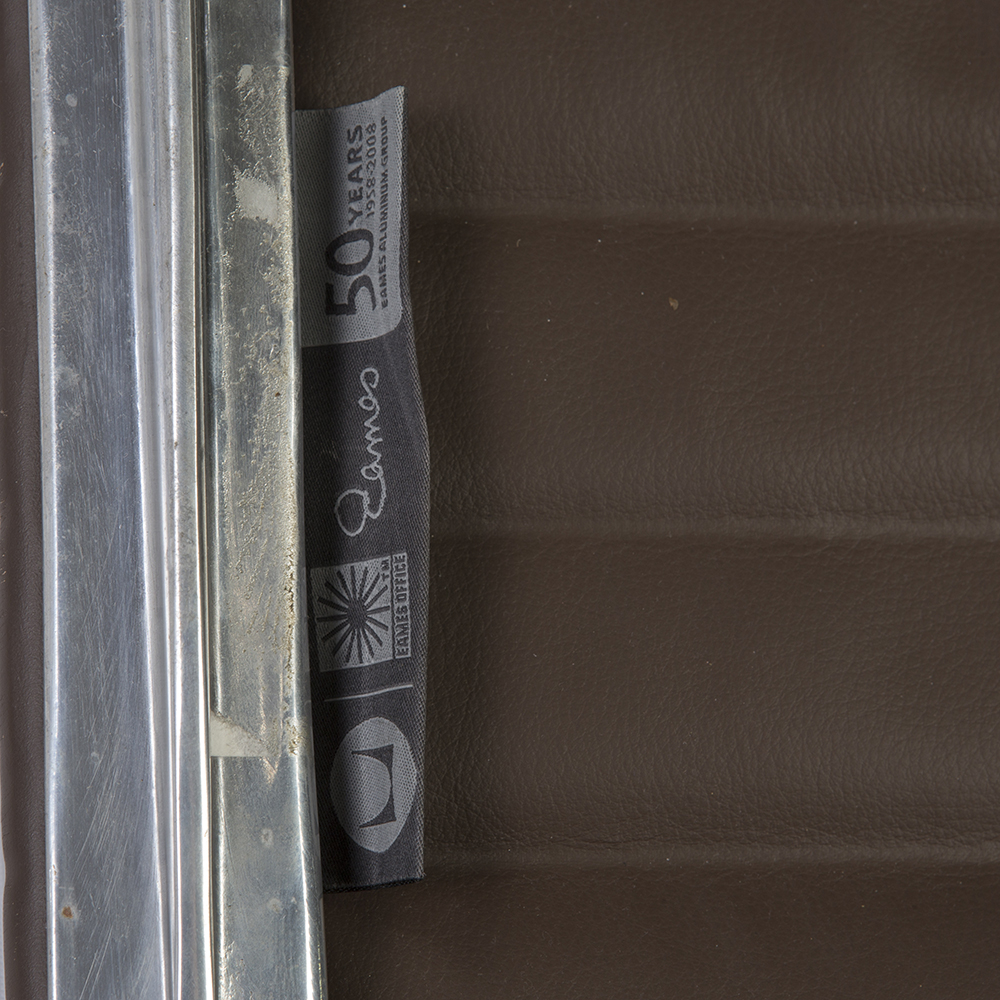 This is a used, beautiful parchment DSW side chair, with a new light oak dowel base. The parchment c...

An example of a used original vintage 1st generation Zenith Lemon Yellow armchair, completed with a...