A set of used, vintage warm ochre Herman Miller Eames side chairs, with a complimentary light oak dowel base. Ochre has always been a very popular choice of colour, and it's not hard to see why- this light, buttermilk ochre serves as a very good decorative piece to a modern interior.

These beautiful ochre chairs are in very good vintage condition, and the colour is still very much vibrant. There are some scratches and marks on the side of the chair, as well as some on the edges of the shell. The newer, used light oak DSW base is in excellent condition and will provide very good stability. The pictures differ slightly to the current chair,as it appears to be of darker ochre.Further images are available upon request. 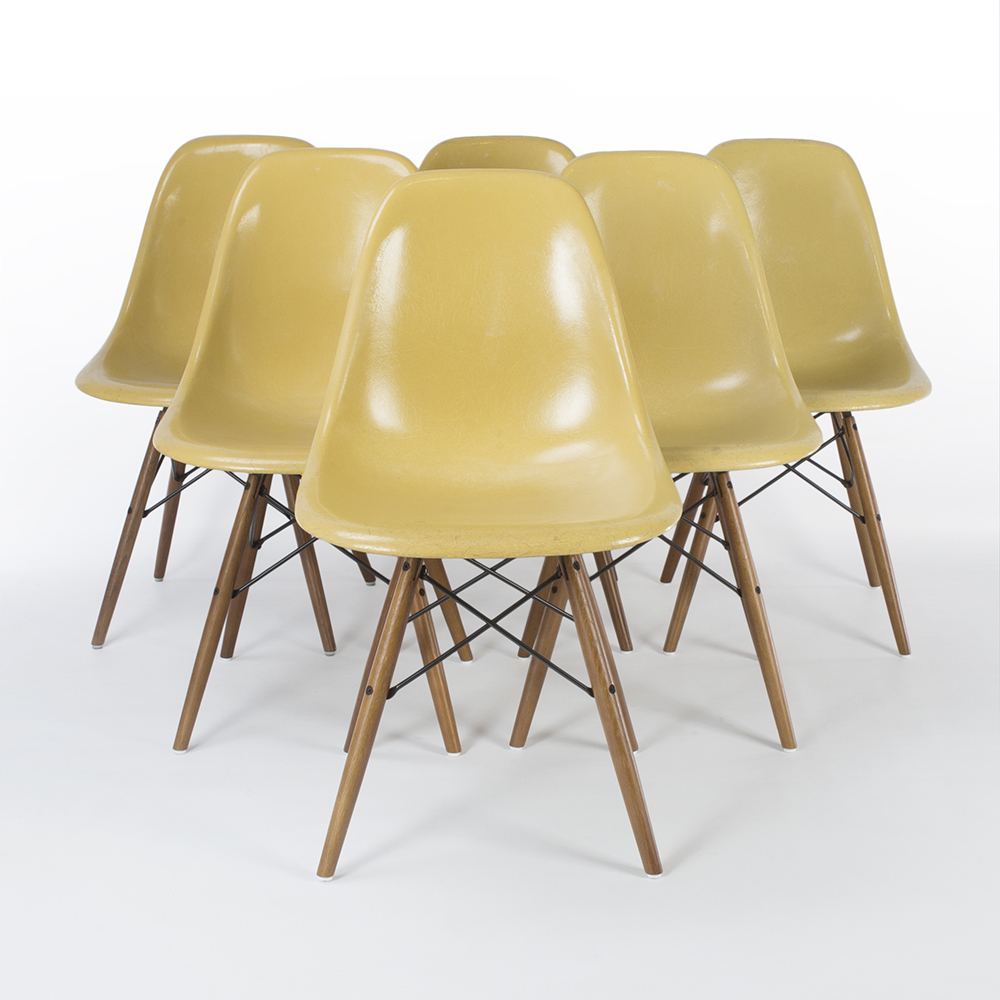 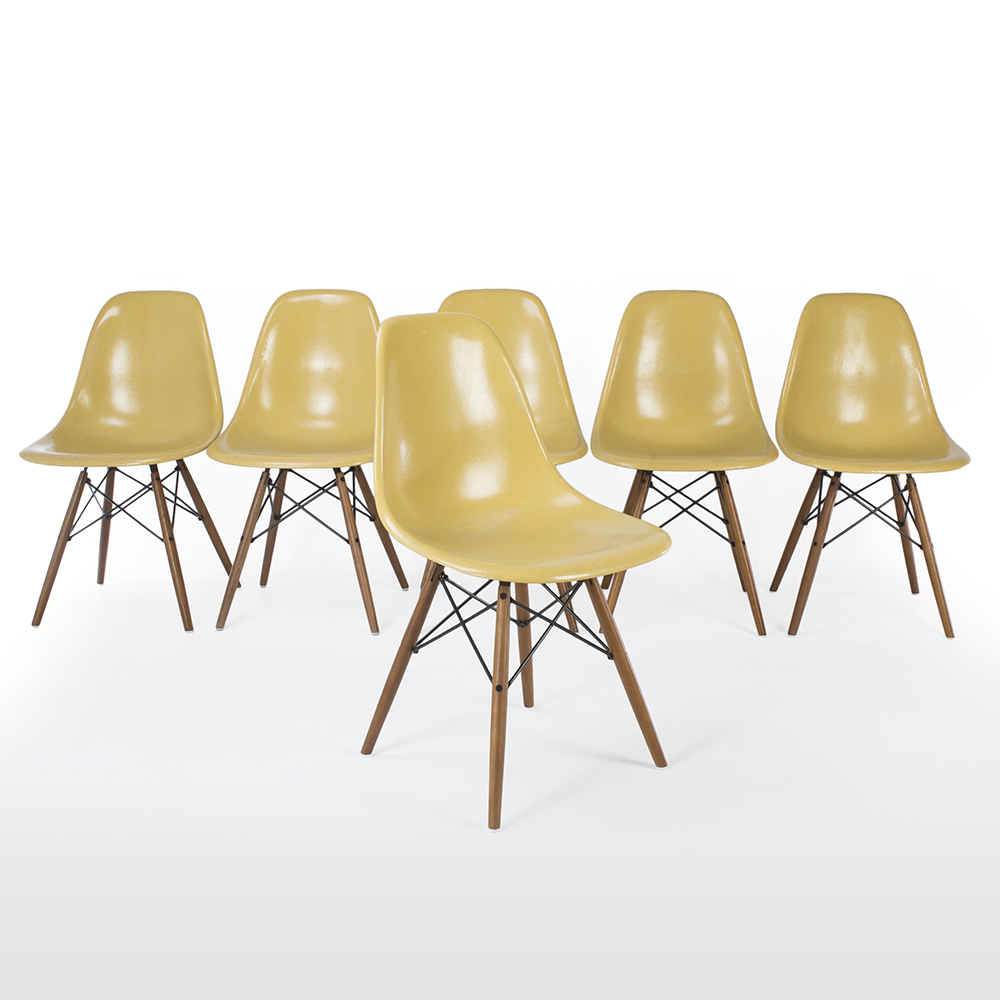 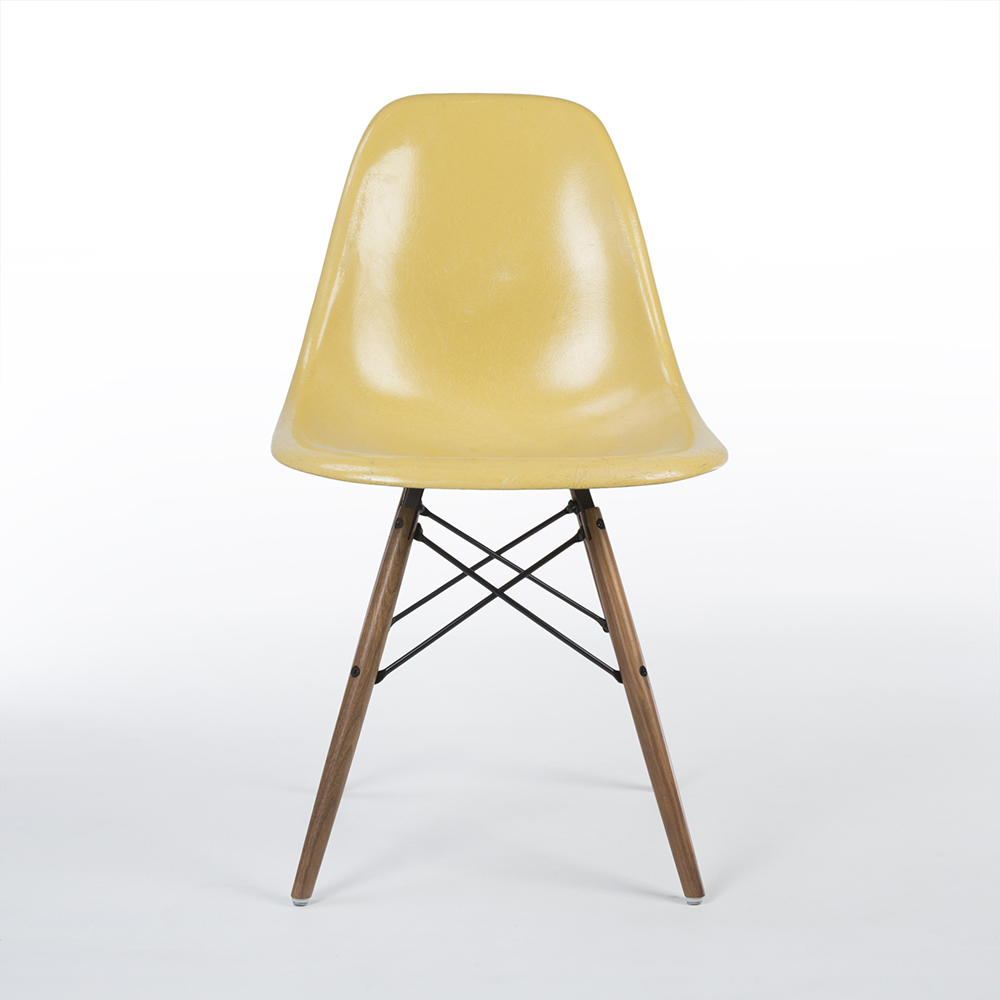 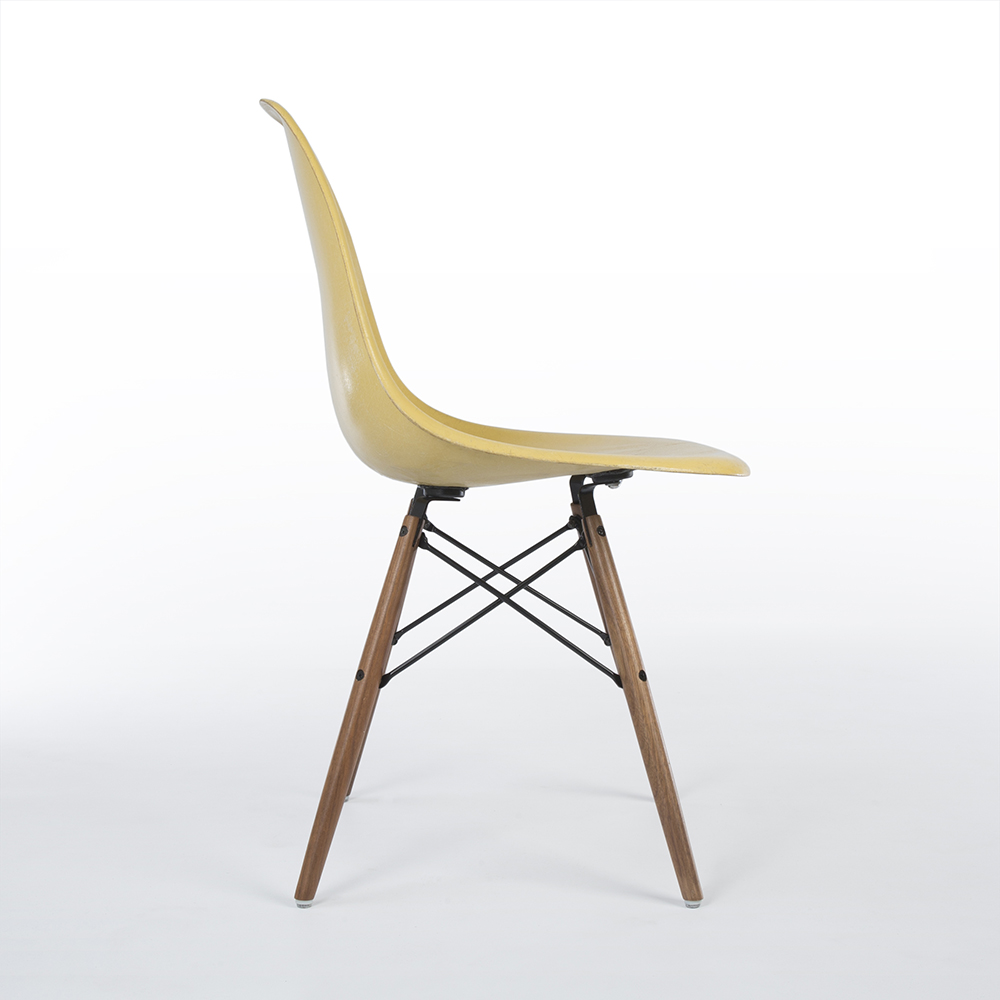 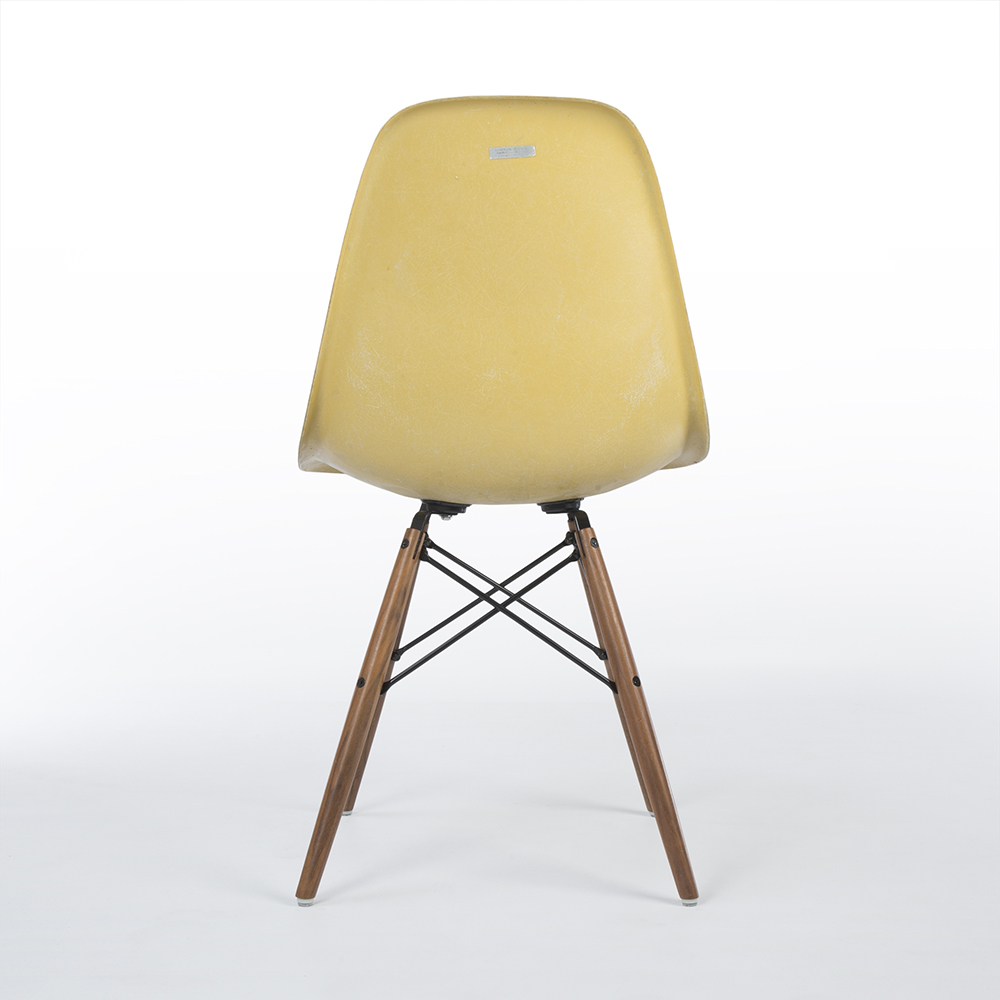 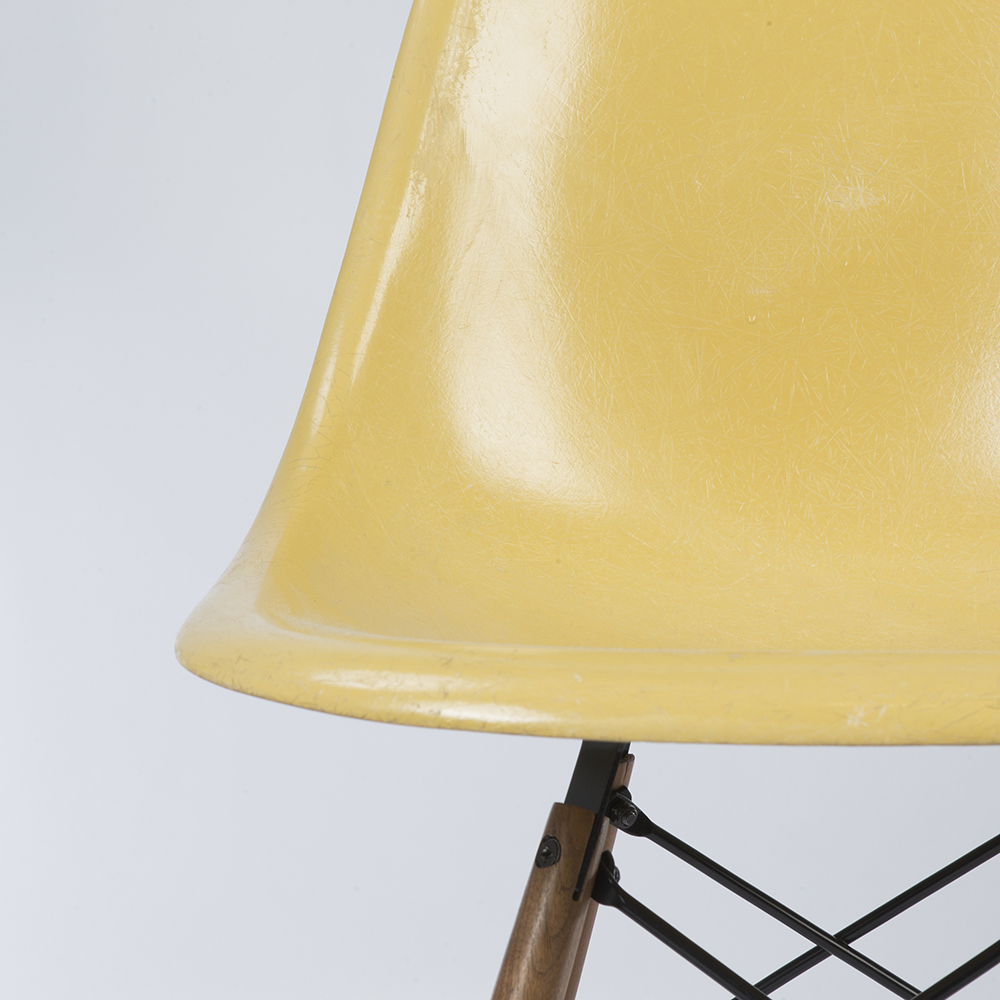 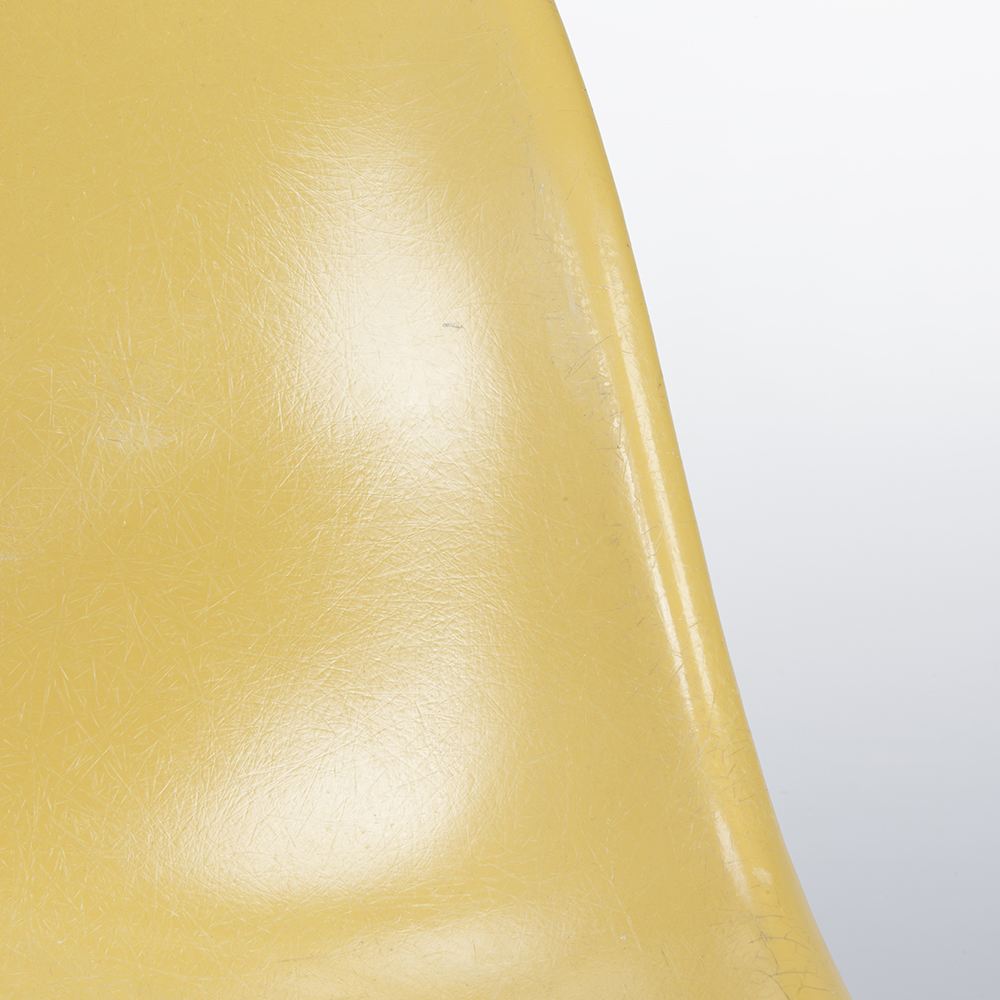 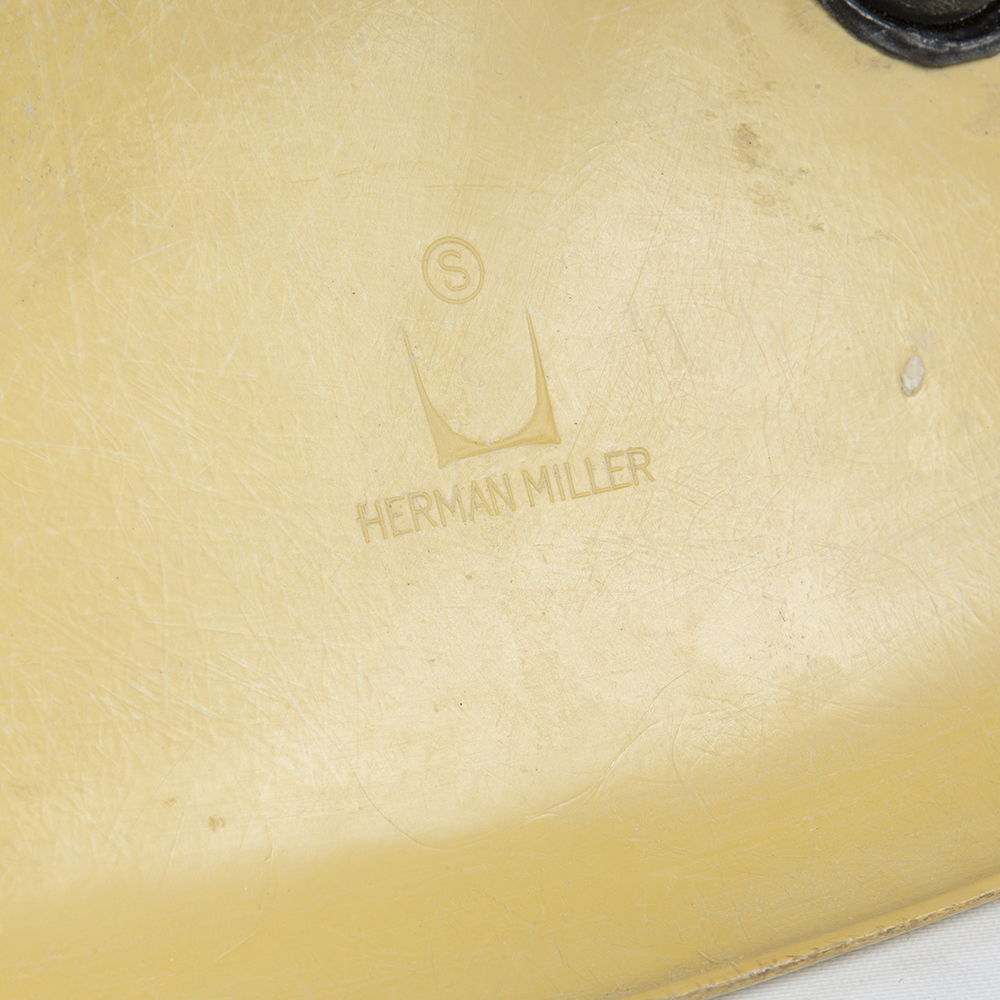 A vintage Cadmium Green Eames side shell which is sitting on an original, re-introduced, used Herman...