A vintage Cadmium Green Eames side shell which sits on an original, re-introduced, used Herman Miller walnut DSW dowel base creating the perfect combination. The set of 4 green shells have a fantastic vibrant colour with visible fibers which are complimented by walnut DSW bases to create a rather unique finish.

The set of 4 are in great vintage condition, small signs of use around the edges, as expected with age, but their colour is exemplary and there are no cracks or dents. 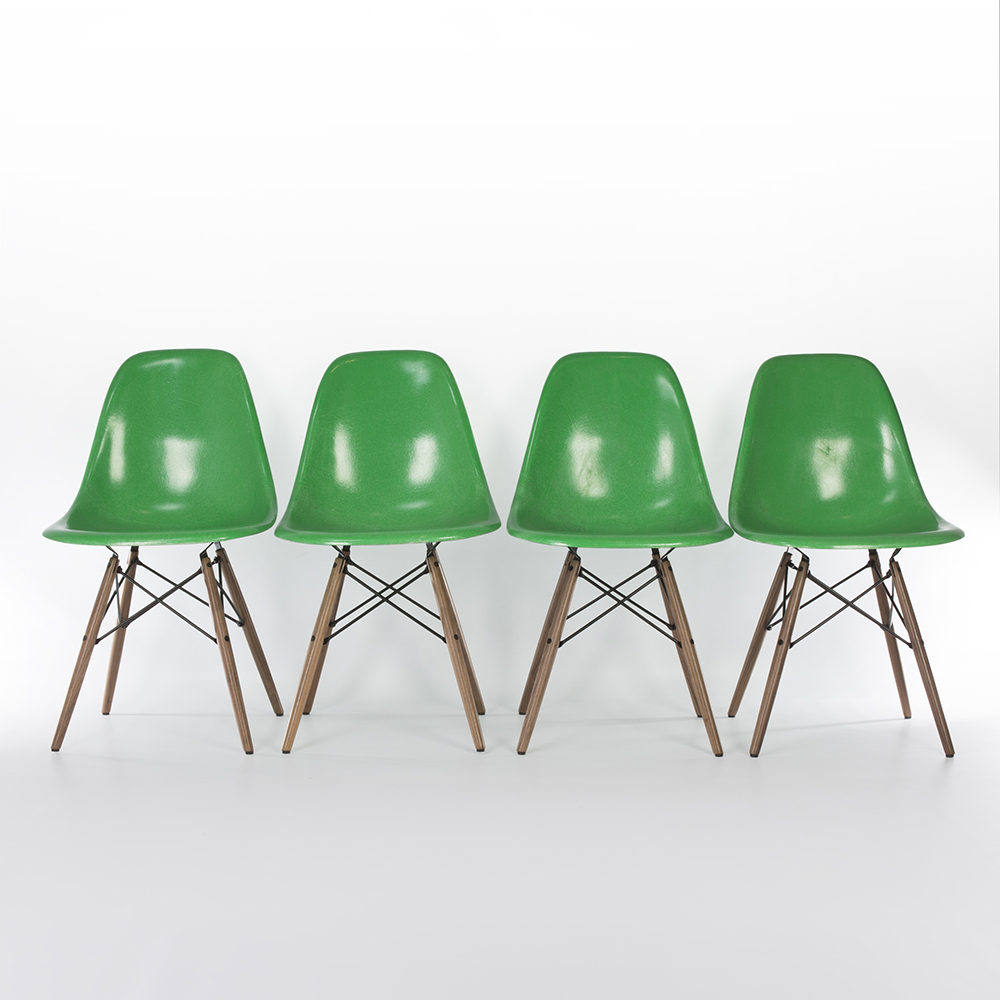 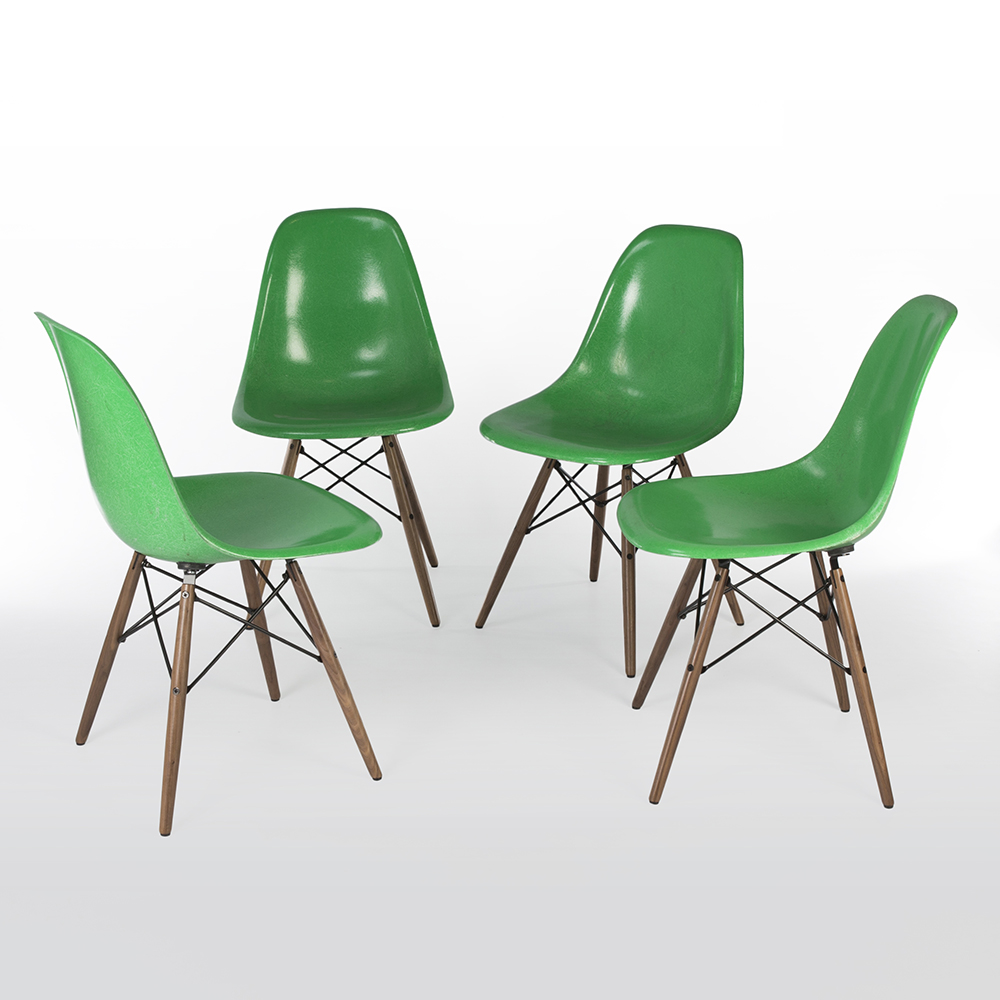 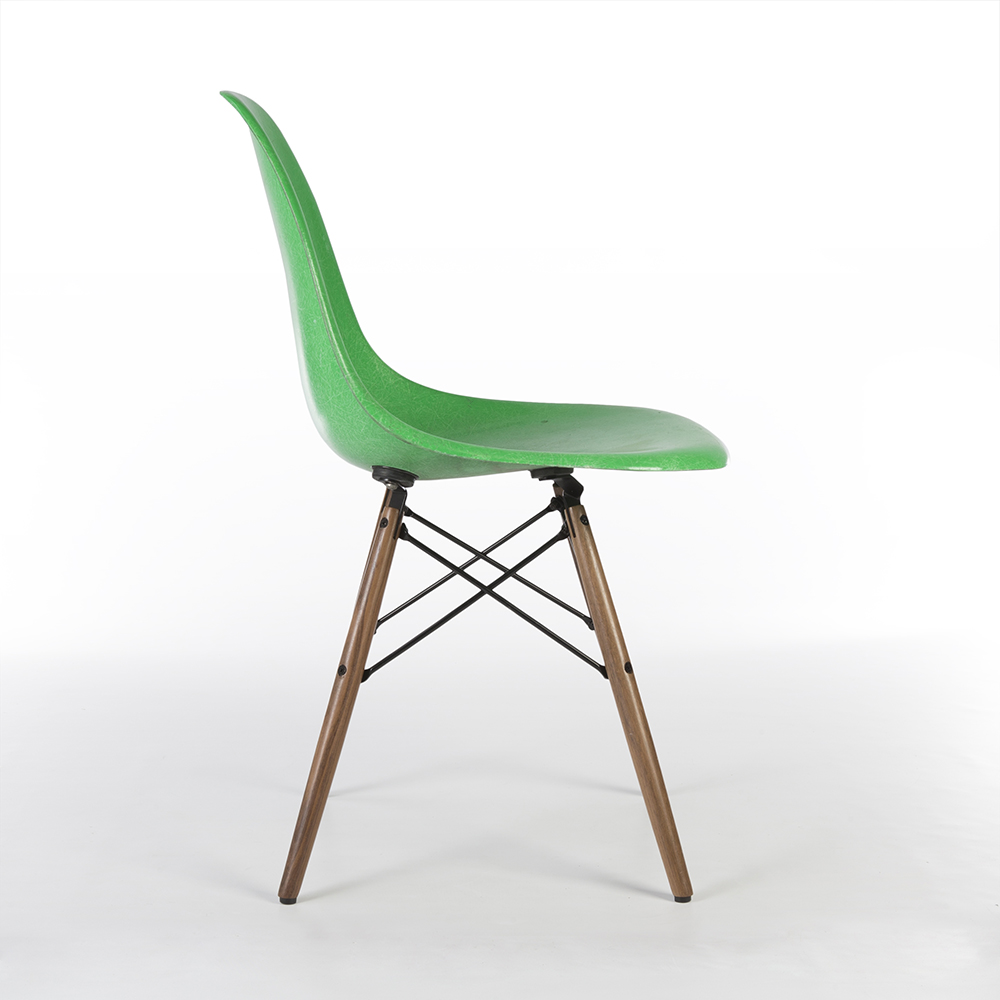 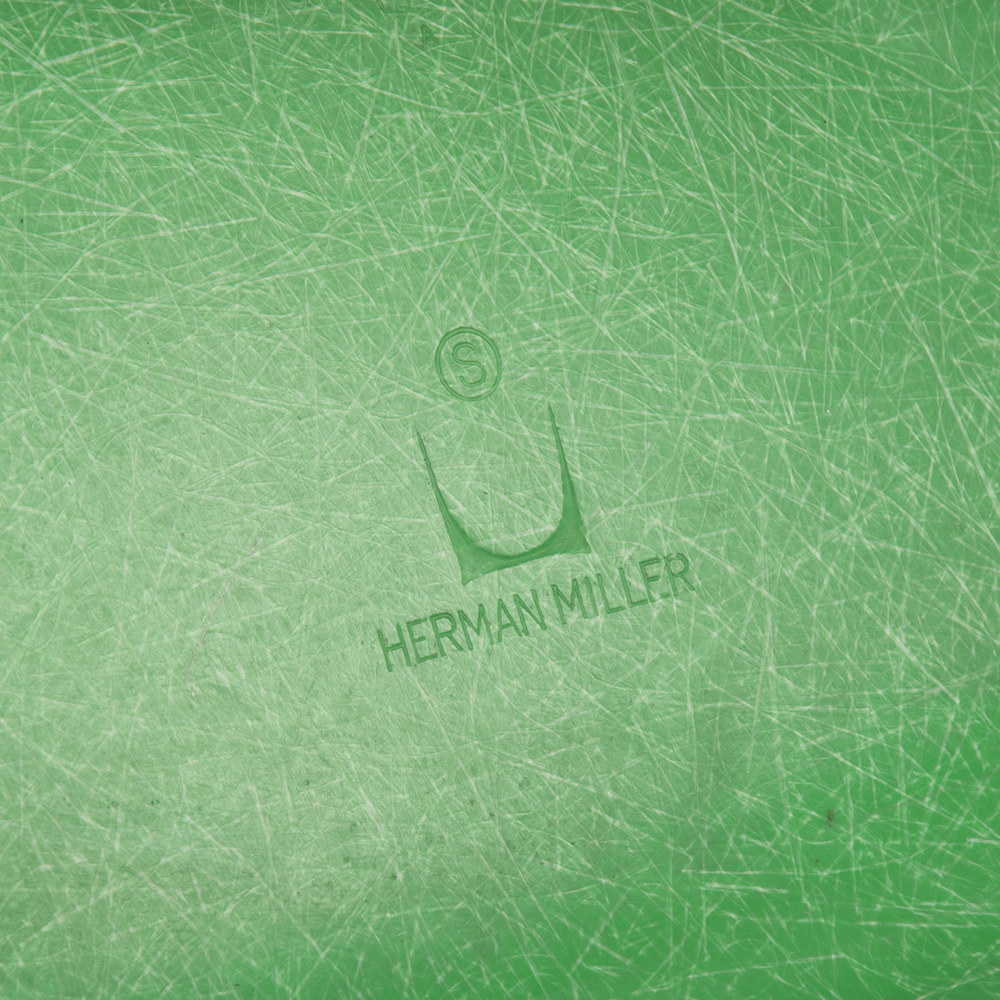 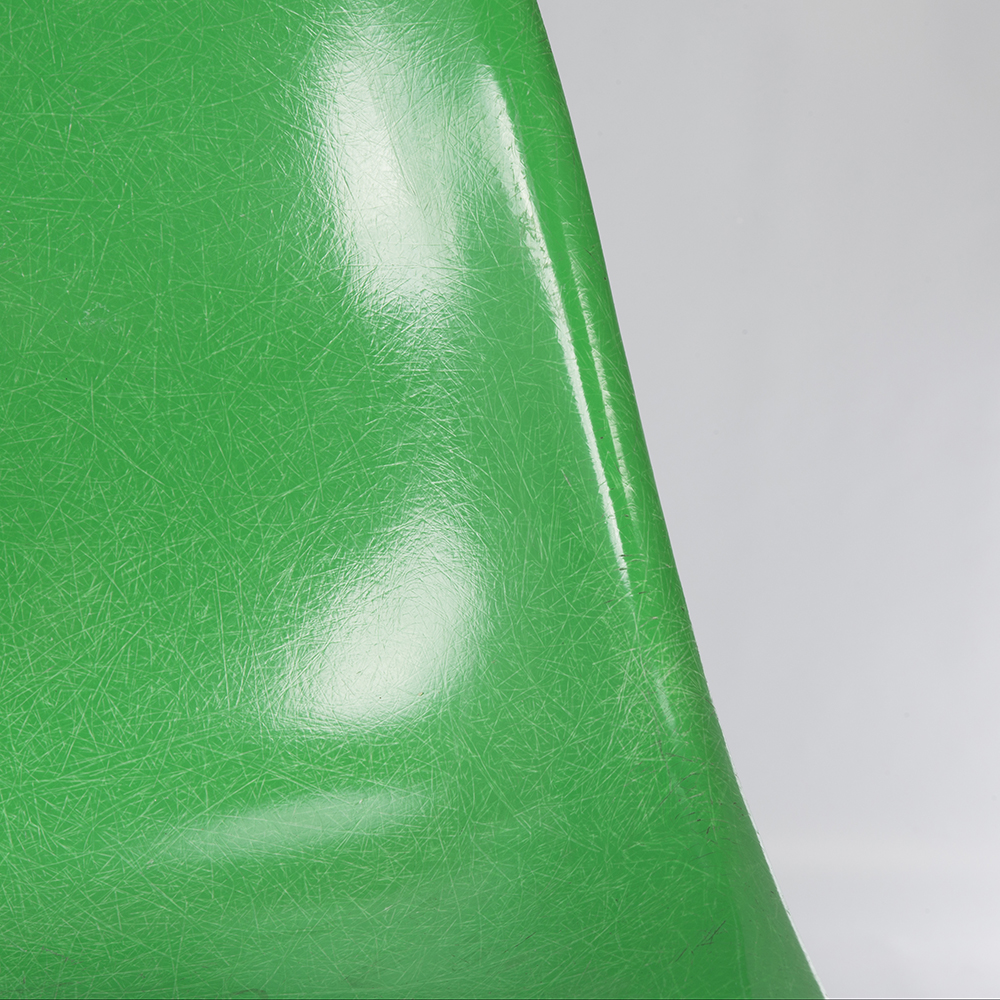 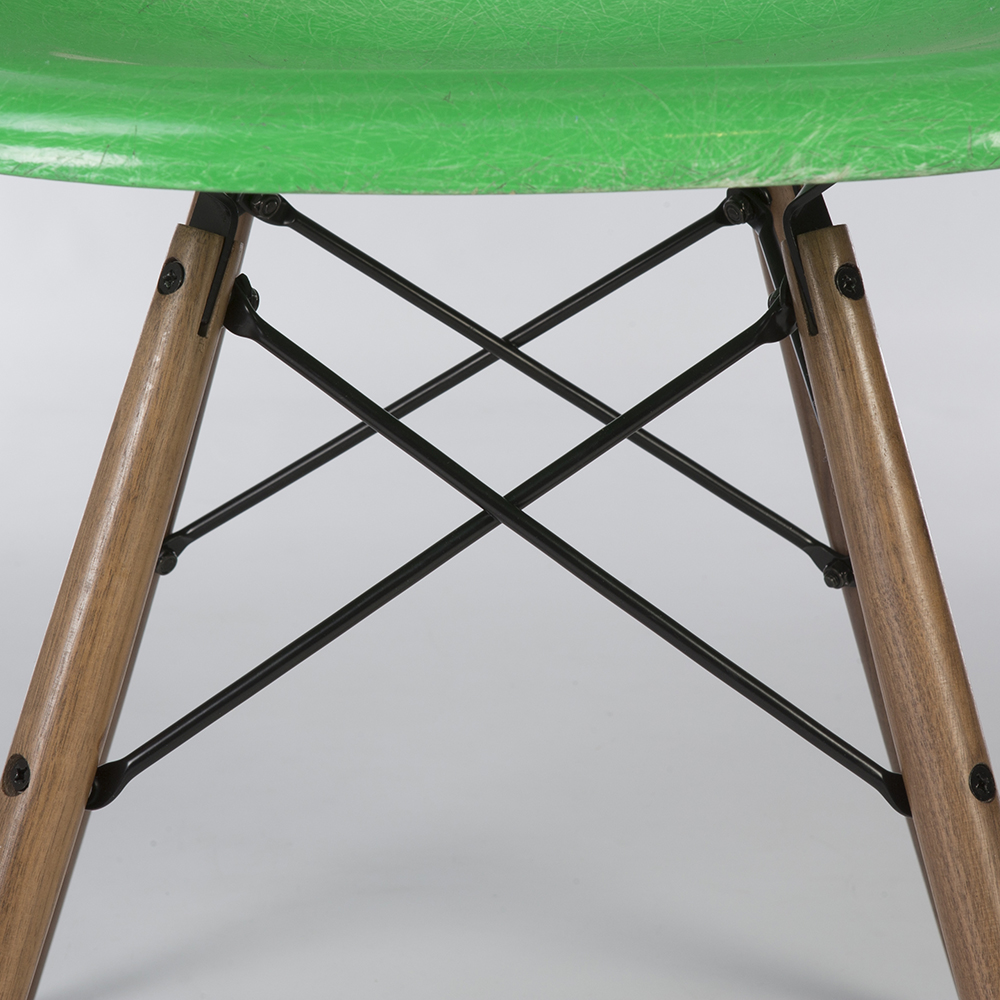 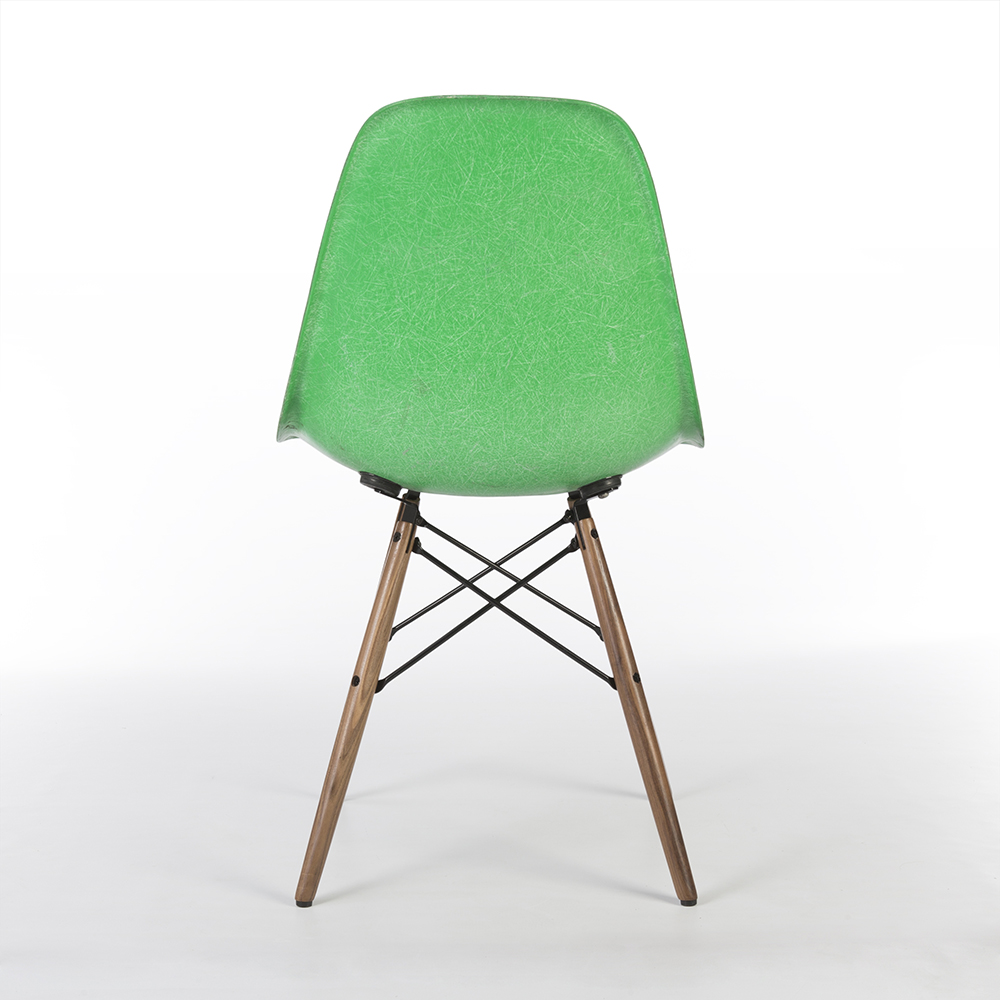 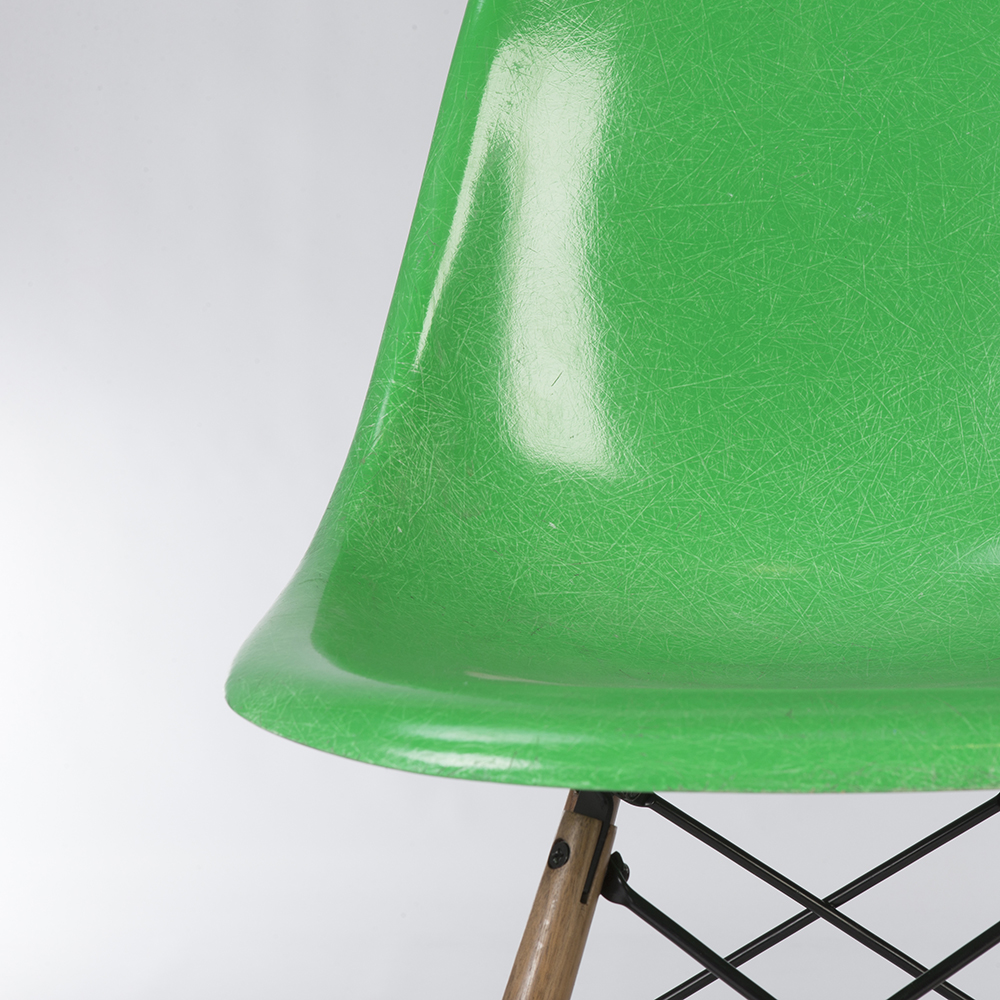 An excellent vintage, original Eames side shell chair for Herman Miller looks fantastic in rather ra...

A pair of vintage, original Eames side shell chairs for Herman Miller look fantastic in rather rare...